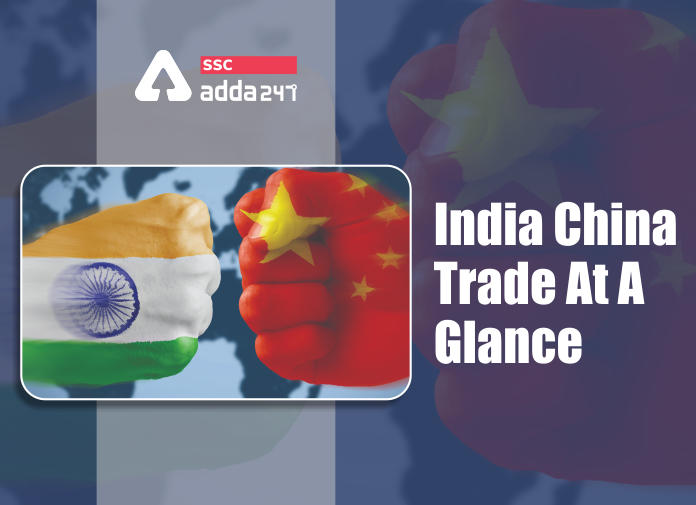 India China Trade At a Glance

The India-China trade is to cross USD 100 billion for the second consecutive year as it has gone up to USD 67.08 billion in the first half of 2022 amid a big rise in Chinese exports, as per the official trade data.

China’s exports to India have scaled to USD 57.51 billion, up by 34.5% last year while Indian exports to China chop down to USD 9.57 billion, a decline of 35.3 percent compared to last year, as per China’s General Administration of Customs (GAC) report.

The trade obligation at the half-year of 2022 is marked at USD 47.94 billion. In 2021, the India-China bilateral trade hit the highest record of USD 125 billion crossing the USD 100 billion mark in a year when the relations get poor due to stand off between the militaries in Eastern Ladakh.

According to the reports and journals  statistics of Chinese competent authorities, bilateral trade distribution between China and India stood at USD 125.66 billion in 2021,”

According to Zhao, “China remains the largest trade partner of India and for the first time the bilateral trade exceeded USD 100 billion in 2021.”

Zhao also said that “The disparity in trade figures published by China and India is a result of different statistical measurement scales.”

According to China’s General Administration of Customs (GAC) statistics, China’s foreign trade of goods bounced 9.4 percent year on year19.8 trillion yuan (about USD 2.94 trillion) during the first half of 2022.

India-China Trade History At a Glance

The India-China Bilateral trades in $ Bn statistics as of the year 2019 are tabulated here.

List Of Products India Imports and Exports From China

Indian Banks in China: Numerous Indian banks have established their presence in the Chinese Mainland over the last few years. The State Bank of India is the only Indian bank that has the authorization to conduct local currency (RMB) business at its branch in Shanghai, whereas the branches of other banks conduct their business in foreign currency.

Chinese Banks in India: The Chinese banks also getting their establishment in India. Now many Chinese banks established their branches in India. In the year 2011, the Industrial and Commercial Bank of China(ICBC) secured a license to start banking operations in India. Industrial and Commercial Bank of China (ICBC) inaugurated its Mumbai branch on September 15, 2011. This was the first branch of a mainland Chinese bank in India. In July 2018 Bank of China (BoC) also received a banking license from RBI. ICBC has also applied for its second branch in New Delhi. It is under consideration with the Department of Financial Services.

China has the world’s largest outbound tourism industry. In 2018, over 140 million outbound tourists traveled all over the world. Tourism to India is still below potential. In 2018, around 225,000 Chinese tourists visited India. The renewal of the bilateral MoU on Cooperation in the Tourism Sector was completed in May 2015. In 2018, the Minister of State for Tourism visited China in August 2018 and held roadshows in Beijing, Wuhan, Guangzhou, and Shanghai.

In 2015 2 Indian movies (PK and Dhoom3) were released in China. “Xuan Zang” was the first co-production film between India and China. This film released in 2016 was submitted as a contender to represent mainland China for Best Foreign Language Film at the 89th Academy Awards in 2017. In recent years, numerous Indian movies have registered great success at the Chinese box office.