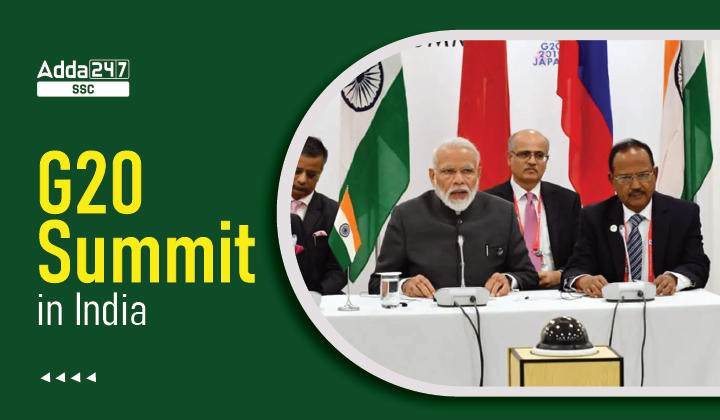 Apart from the member-states of G20 and regular international organizations (UN, IMF, World Bank, WHO, WTO, ILO, FSB and OECD) and chairs of regional organizations (AU, AUDA-NEPAD, and ASEAN), the summit will also see the participation of countries invited as a guest by India, which will include Bangladesh, Egypt, Mauritius, Netherlands, Nigeria, Oman, Singapore, Spain, and the UAE as guest countries, and the ISA (International Solar Alliance), CDRI (Coalition for Disaster Resilient Infrastructure) and the ADB (Asian Development Bank) as guest organizations. Notably, Bangladesh is the only immediate neighbor to be part of India’s guest list.

India is currently part of the G20 Troika comprising Indonesia(current), Italy(previous), and India(next host). During India’s Presidency, India, Indonesia, and Brazil would form the troika, the first time when the troika would consist of three developing countries.
While India’s G20 priorities are still in the process of being firmed up, the government has indicated that it will revolve around inclusive, equitable and sustainable growth; LiFE (Lifestyle For Environment); women’s empowerment; digital public infrastructure, and tech-enabled development in areas ranging from health, agriculture and education to commerce, skill-mapping, culture and tourism; climate financing; circular economy; global food security; energy security; green hydrogen; disaster risk reduction and resilience; developmental cooperation; fight against economic crime; and multilateral reforms.”

It is an intergovernmental forum of the world’s major developed and developing economies. It comprises 19 countries namely Argentina, Australia, Brazil, Canada, China, France, Germany, India, Indonesia, Italy, Japan, Republic of Korea, Mexico, Russia, Saudi Arabia, South Africa, Turkey, the UK, and the US and the European Union (EU). It`s members can be seen in coloured area as shown in the map given below: 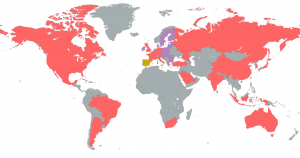 The G20 accounts for 85% of global GDP, 75% of international trade, and around two-thirds of the world’s population.
The G20 was founded in 1999 in response to several world economic crises. Since the financial crisis of 2007–2008, it has convened at least once a year, and the summit is participated by each of the member’s heads of government or state, or finance minister, or foreign minister. At the summit, the EU is represented by the European Commission and the European Central Bank.
Chairman: Joko Widodo, President of Indonesia
Headquarters: G20 doesn’t have a permanent secretariat or Headquarters.

Indonesia is the current chair of G20.

When will India assume the presidency of G20?

India will assume the presidency for one year — from December 1, 2022.

Which is going to be the only neighboring country of India to be on the guest list of the G20 summit in 2023?

Bangladesh is going to be the only neighbor country of India to be on the guest list of the G20 summit in 2023.