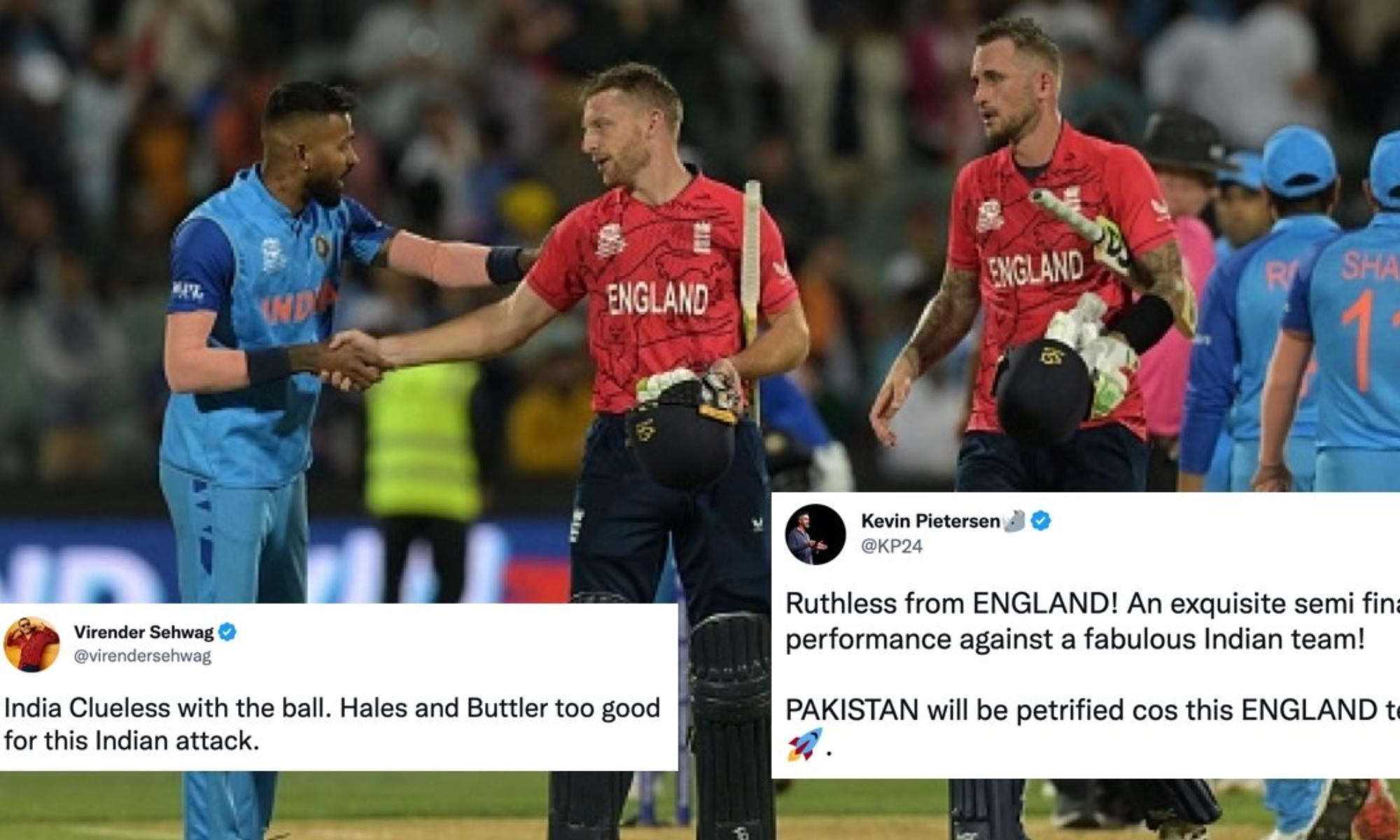 India loses to England in T20 WC Semi Final: India was beaten by England on Thursday in the second semi-final in Adelaide, dropping the knockout game by a margin of 10 wickets. Former players and cricket gurus blamed India’s departure from the current T20 World Cup in Australia on their over cautious and timid batting technique during the powerplay.

India are still playing very conservative cricket. It was an issue they hoped to address and, in all fairness did, in bilateral cricket. But here at the World Cup, India were constantly hoping the back 10 overs would bail them out. Today, it wasn't enough

Former Indian opener Virender Sehwag said the English openers were too good for the clueless Indian attack. One of the primary causes of India’s exit, according to former India selector Sarandeep Singh, was the openers’ poor performance.