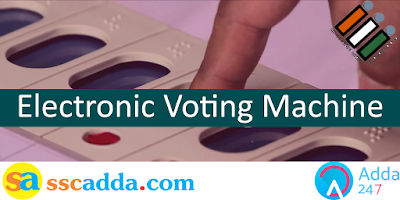 In a huge political upheaval in the country, EVMs were the only things blamed for the defeat. Every party, except the winners, have raised a lot of questions on the sanctity of these machines. Lots of Accusations have been made recently on EVM tampering including elections in Uttar Pradesh and Uttarakhand. EVMs play a vital role in the fate of a candidate and also voters who cast their vote with the hope that it will bring the change that they seek in the country. So it becomes important to retain the faith of voters in the voting system of the country. Though the Election Commission of India has ensured the citizen of India that EVMs are tamper-proof and cent percent reliable. So due to the news on EVMs popping out everyday from everywhere including political parties and the Parliament of India, EVMs might become a hot topic for descriptive papers in NICL AO, Bank Of Baroda PO, SBI PO, Dena Bank PO and other government examinations. So, here are some important facts related to the EVMs that may come handy while writing an Essay on EVMs or who knows, they may ask it on General Awareness section as well.