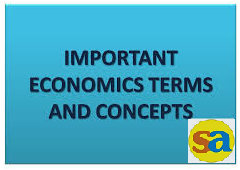 1. GIFFEN GOOD
The good for which the demand increases as its price increases, rather than falls (opposite to the general theory of demand)-named after Robert Giffen (1837-1910). It applies to the large proportion of the goods belonging to the household budget (as flour, rice, pulses, salt, onion, potato etc. in India)-an increase in their prices produces a large negative income effect completely overcoming the normal substitution effect with, people buying more of the goods.
2. GINI COEFFICIENT
An inequality indicator in an economy. The coefficient varies from ‘zero’ to ‘one’. A ‘zero’ Gini coefficient indicates a situation of perfect equality (i.e. every household earning the same level of income) while a ‘one’ signifies a situation of absolute inequality (i.e. a single household earning the entire income in an economy).

3. GOLDEN HANDSHAKE
A payment (usually generous) made by a company to its employees for quitting the job prior to their service.

4. GOLDEN HANDCUFF
A royalty/bonus payment by a company to its staff (usually top ranking) to keep them with the company or to save them from poaching by the other companies.

5. GOODHART’S LAW
The idea of Goodhart which suggests that attempts by a central bank (as RBI in India) to regulate the level of lending by banks imposing certain controls can be circumvented by the banks searching the alternatives out of the regulatory preview.

6. GRESHAM’S Law
The economic idea that ‘bad’ money forces ‘good’ money out of circulation, named after Sir Thomas Gresham, an adviser to Queen Elizabeth I of England. This law does not apply to the economies where paper currencies are in circulation. The economies which circulate metallic coins (gold, silver, copper, etc.) of proportional intrinsic values face such situations when people start hoarding such coins.

7. GREY MARKET
The ‘unofficial’ market of the newly issued shares before their formal listing and trading on the stock exchange.

8. HISTORIC COST
The original cost of purchasing an asset such as land, machine etc., which is shown in the balance sheet of a firm under this title with an adjustment for the replacement cost of the asset.

9. INDIFFERENCE CURVE
A curve on the graph showing the alternative combinations of two products, each giving the same utility/satisfaction.

10.INDUCED INVESTMENT
The part of investment (increase or decrease) which takes place due to a change in the level of national income.

11. IPO
An IPO or initial public offering refers to the issue of shares to the public by the promoters of a company for the first time. The shares may be made available to the investors at face value of the share or with a premium as per the perceived market value of the share by promoters. The IPO can be in the form of a fixed price portion or book building portion. Some companies offer only demat form of shares, other offers both demat and physical shares.
The performance of an IPO depends on many factors such as the promoter’s track record, experience in running the business, risk factors listed in the offer document, nature of industry, government policies associated with the industry performance of that sector in the previous years, and also any available forecasts for the industry for the near future. 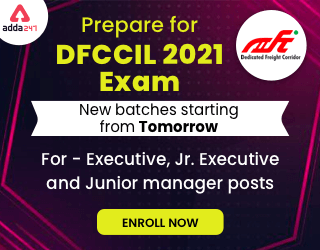