A total of 1,03,769 vacancies in Railway Group D were released by the Recruitment board where more than 1 crore aspirants applied. The RRB Group D exam date is uncertain but expected to release in the upcoming months. The Examination will be conducted for the post of Track Maintainer Grade-IV, Helper/Assistant in various technical departments (Electrical, Mechanical, and S&T departments), Assistant Pointsman, Level-I posts in other departments of Indian Railways.

The current affairs asked in the exam may include a variety of topics such as the latest schemes launched by the government, theme of important days, questions from the budget, military exercises, important books, authors, awards given in various fields, all about our neighboring countries, PM and president of the countries that have been in news, etc. All in all, you must cover at least the past 6 months of current affairs.

The candidates who are going to appear for the Railway Group D must go through the following current affairs questions and solutions that were asked in RRB NTPC CBT 1 Examination. 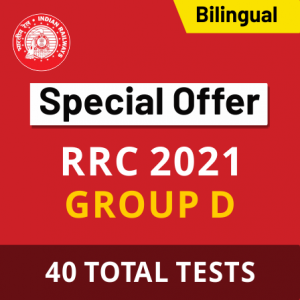