IB ACIO Previous Year Cut-off Marks: The Intelligence Bureau has finally released the exam dates. The exam is scheduled for 18th, 19th, and 20 February 2021. It is the golden opportunity for the candidates who want to serve the nation and wants a reputed government job. We hope that all the students are going well with their preparation and are all set for the final test. In this article, we will provide you the exam analysis of the previous year of IB ACIO exams that will the candidates an overview of the upcoming examination. It will further help you to strategize your preparation according to the previous year’s IB ACIO cut-off.

As the authority has started conducting Tier-1 Exam on 18th, 19th, and 20th February 2021. Here are the expected cut-off marks category-wise for the Tier-1 exam.

We will be considering the IB ACIO Previous Years cut-offs of the Tier-I of IB ACIO Exam. After analyzing these IB Exam cut-offs we will further be discussing the cut-off trend that is being followed for IB ACIO Exam along with this year’s expected cut-off. The candidates first need to know about the factors on which the cut-offs of IB ACIO are released. Candidates can check below the previous years’ IB ACIO cut-off marks. 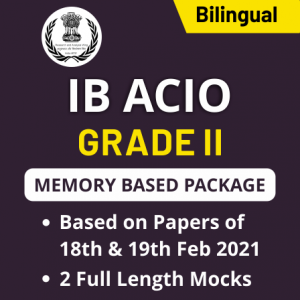 Q 1. How many shifts are there for the IB ACIO exam?

Ans: There are 3 shifts for which IB ACIO is conducting the exam.

Ans: The overall level of the exam is Moderate.

Q 3. What was the level of the IB ACIO GA and GS exam?

Ans: The level of the GA and GS examination was DifficultHow many shifts are there for the IB ACIO exam?