HSSC Patwari 2019 Vacancies Reduced: Haryana Staff Selection Commission invited applications for the recruitment of Patwari in various departments in September 2019. The vacancies released in the official notification was 588 Vacancies. Now, as per the official notice released on the website at hssc.gov.in, the total Patwari vacancies are reduced to 530.

The HSSC Patwari online examination date is yet to be announced by the commission. The exam is expected to be held in online mode. Candidates appointed as Patwari in the Land record department of Haryana will be recruited under the pay scale of 5200-20200 with 2400 grade pay. The official notice has seen a decrease of 58 Vacancies as released earlier. Check out the category wise breakup of HSSC Patwari Vacancies as per the latest update:

The Vacancies for General category has been reduced from 254 to 232 whereas the SC vacancies are reduced from 104 to 95.

Candidates with graduation as the minimum educational qualifications will appear for the HSSC Patwari exam as per the written exam pattern. The 90 marks of written examination shall be divided into the following parts comprising:-

Are you preparing for Haryana State Level Examinations? Register now to get free study material 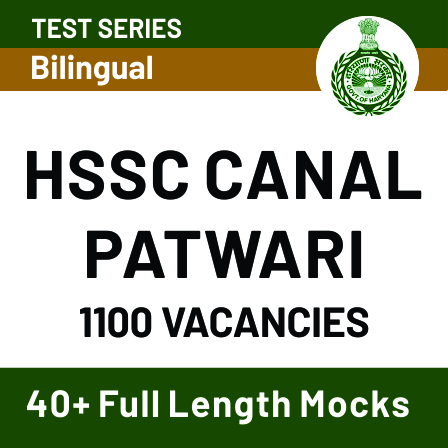