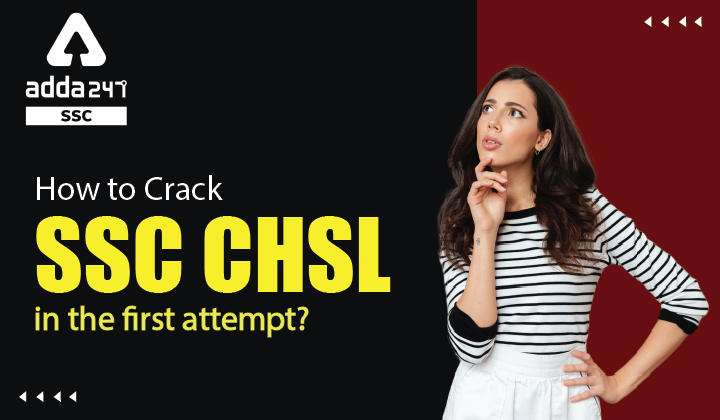 Staff Selection Commission (SSC) is recruiting organisation under the Government of India that recruits staff for various posts in the various ministries and departments of the government of India and in subordinate offices. It conducts various exams every year such as SSC CGL, SSC Staff Selection Post, SSC Stenographer, SSC CPO, etc.  One such exam is SSC CHSL which stands for Staff Selection Commission Combined Higher Secondary Level Exam. This exam is conducted every year to select Higher Secondary qualified students for various departments and offices of the government.

The SSC CHSL Tier 1 computer-based online exam will be held in May 2022. It is necessary to qualify all three stages – (Tier-I, Tier-II, and Tier-III) to make it to the final list. In order to crack this exam in your first attempt, you would need a strategy through which you will be able to make it to the final list.  So, Let’s discuss what you need to do to crack the exam.

Previous year papers play an important role in the preparation of the SSC CHSL 2022 exam as most of the questions are repeated and you will get an idea about the difficulty level of the exam. Candidates must keep track of the previous year’s questions that were asked in the SSC CHSL 2022 exam to know more about the Exam Pattern and difficulty level of the exam.

Candidates must finish the syllabus first to prepare for SSC CHSL 2022 Exam before attempting the Previous Year Papers. Knowing the syllabus is very vital to ace the exam on a high note.

Candidates must attempt the mock tests properly to feel the exam pressure just like the original SSC CHSL 2022 Exam. Mock Tests are simply a helping tool for the candidates which helps in their preparation strategy.

While preparing for SSC CHSL Exam 2022, time management is very important. Candidates must focus on their speed to prepare effectively for the official SSC CHSL 2022 Exam so that they can complete the exam on time.

While preparing for SSC CHSL 2022 Exam, make sure you focus on the questions you failed to attempt while giving mock tests. Make sure you learn to solve all types of questions that are going to be asked in the exam. Try to solve difficult questions first, this will help you to solve easy questions normally.

Take proper Sleep, Stay Calm. Do not take pressure if questions are going wrong. You must keep preparing with your full will. Stay focused for the exam and try to give your best. 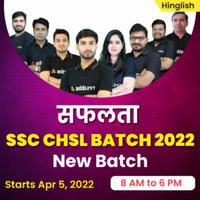 Q. Is SSC CHSL admit card out?
Ans. The SSC will release the SSC CHSL 2022 admit card 1-2 weeks before the Tier 1 test dates, which are May 24 to June 10, 2022. Candidates can download their SSC CHSL 2022 hall ticket via the SSC’s official regional website.

Is SSC CHSL admit card out?

The SSC will release the SSC CHSL 2022 admit card 1-2 weeks before the Tier 1 test dates, which are May 24 to June 10, 2022. Candidates can download their SSC CHSL 2022 hall ticket via the SSC’s official regional website.

What are the eligibility criteria to apply for SSC CHSL 2022?

The basic minimum eligibility criteria to apply for SSC CHSL is that a candidate must be aged between 18 and 27 years, and should have passed class 12.