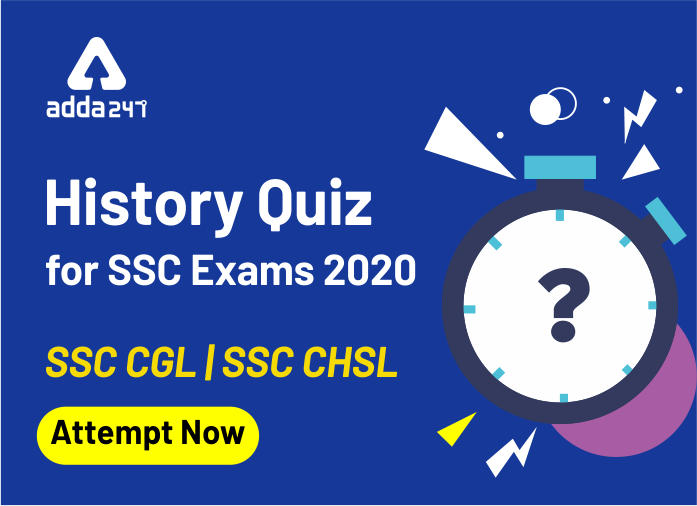 Q1. In the Rigveda the term Dasas and Dasyus refers to
(a) Robbers
(b) Tribals
(c) Non-Aryans
(d) Menials

Q2. The most important craftsman in the Vedic period was the
(a) Blacksmith
(b) Goldsmith
(c) Carpenter
(d) Barber

Q4.At which of the following places did Hyder Ali built a modern arsenal?
(a) Mysore
(b) Dindigul
(c)Srirangappattanam
(d)Arcot

Q9. The Government of India Act of 1919 made provision for the appointment of a/an ____________ for India in the United Kingdom.
(a) Ambassador
(b) Council
(c) High Commissioner
(d) Indian Member in the parliament of England

S1.Ans.(c)
Sol. One of the ancient Dravidian peoples of India that opposed the invasion of the Aryans.

S2.Ans.(c)
Sol. Carpenter was the most celebrated craftsman in the Vedic age.

S4.Ans.(b)
Sol. Hyder Ali Khan was trained his troops on western lines and established a modern arsenal (1755) at Dindigul with French help.

S5.Ans.(d)
Sol. The ‘Tree of Liberty’ at Srirangapatnam was founded in 1794 by French Republican officers with the support of Tipu Sultan.

S7.Ans.(b)
Sol. The Indian Councils Act 1861 was an Act of the Parliament of the United Kingdom that transformed the Viceroy of India’s executive council into a cabinet run on the portfolio system. The Governor-General could promulgate ordinances, without the concurrence of the legislative council, during and emergency.

S8.Ans.(a)
Sol. The Indian Councils Act 1909 or Morley-Minto Reforms passed by British Parliament in 1909 in an attempt to widen the scope of legislative councils. For the first time it introduced separate and discriminatory electorate to muslims.

S10.Ans.(c)
Sol. Queen Victoria was given the title “Empress of India” from 1 May 1876 under Royal Titles Act 1876. The act was passed with the understanding that the British imperial title should be used only in India.