Q2. Saraswati Conservation Reserve is situated in the district of
(a) Kaithal
(b) Karnal
(c) Kalka
(d) Kurukshetra

Q3. Which of the following is known as ‘Brass town’ of Haryana?
(a) Jagadhari
(b) Narnaul
(c) Kaithal
(d) Kundli

Q7. Consider the following statements
I. Sultanpur National Park is the biggest National Park of Haryana.
II. Earlier, it was a bird sanctuary which accorded the status of National Park in 1991.
Which of the statements given above is/are correct?
(a) Only I
(b) Only II
(c) Both I and II
(d) None of these

Q9. Which of the following district has the largest number of Gram Panchayats in Haryana?
(a) Ambala
(b) Bhiwani
(c) Faridabad
(d) Karnal

Q10. Who among the following established forts at Taraori and Hansi in the 12th Century?
(a) Akbar
(b) Mohammad Ghori
(c) Prithviraj Chauhan
(d) None of the above

S1. Ans.(d)
Sol. Dhosi Hill is an extinct volcano, standing alone in the North-West end of the Aravali mountain range with height varying from about 345 to 470 meters from the surrounding land and 1170 meters from the sea level; has temple, pond, fort and caves on the top and forest around it. It is the highest elevated area of Aravalli Hills in Haryana.

S2. Ans.(a)
Sol. Saraswati Wildlife Sanctuary also known as Seonsar Forest is situated in Kaithal district of Haryana State, India. It is spread over an area of 4,452.85 hectares

S3. Ans.(a)
Sol. Jagadhari, a small town in the Yamunanagar district of Haryana and located about 100 km from Chandigarh, is an utensil manufacturing hub. The city comprises over 500 stainless steel, aluminium and brass/copper utensils manufacturers, a majority of them in the micro, small and medium enterprises (MSME) category. It is known as ‘Brass town’ of Haryana.

S4. Ans.(a)
Sol. The Ambala Air Force Station is an air base east of the urban Ambala area. It is used for military and government flights. It is also used to fly in politicians and other key people. This air base was first built in 1948 following the independence of India.

S5. Ans.(b)
Sol. Phalgu Tirth is an Indian pilgrimage site, where pilgrimages are undertaken by the Hindus during the Shraadhs. It is located in Pharal village in the Pundri sub-tehsil of Kaithal district in Haryana state. Phalgu fair is an annual fair organized here in the month of September- October.

S7. Ans.(d)
Sol. Sultanpur Bird Sanctuary is a very popular national park located in Gurgaon district in Haryana State. On 13 July 1989 the reserve was upgraded to a National Park. It is smallest National Park in the state of Haryana.

S10. Ans.(c)
Sol. Prithviraj Chauhan established forts at Taraori and Hansi in the 12th century. Muhammad Ghori conquered this area in the Second Battle of Tarain. 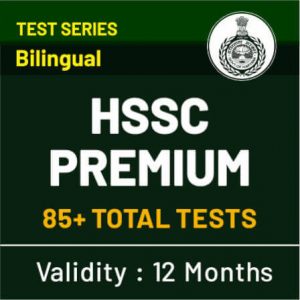