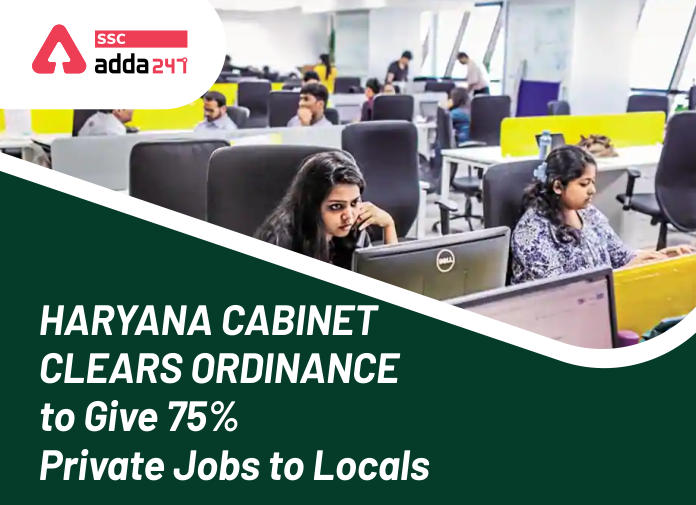 The Haryana government has approved an ordinance on Monday to provide 75% reservation in private jobs to the local candidates of the State. The draft of the ordinance will now be placed before the Council of Ministers in its next meeting. The proposal is aimed at providing employment to the youth of Haryana as it was a key poll promise of Dushyant Chautala’s Jannayak Janta Party.

Haryana Cabinet Clears Ordinance To Give 75% Private Jobs to Locals

The draft aims at providing 75% of the new employment opportunities in the private sector to the local youth of Haryana. The proposal will be applicable to the jobs with less than 50,000 salary per month in various privately managed companies, Societies, Trusts etc situated in the state. However, the employers will be given the option to recruit only 10 per cent of local candidates from one district.

The proposal would be under “Haryana State Employment of Local Candidates Ordinance, 2020” to address the issue of rising unemployment in the state. The employees with the monthly salary below 50,000 will have to register on the portal of the labour department and the responsibility of registration will lie on the company. The companies not registering on the portal would face a penalty from Rs 25,000 to Rs one lakh.

“Availability of a suitable workforce locally would definitely enhance the efficiency of the industry/commercial establishment. The state government has also decided to give preference to local candidates in low-paid jobs as it is socially, economically and environmentally desirable and any such preference would be in the interests of the general public,” the statement said. Candidates availing the benefits of the scheme would be required to have the domicile of the state.

If private companies are not able to find the desired local employee as per the requirement then they will be permitted to give jobs to youths belonging to other states.

Difference Between PM Cares Fund and PM NRF: Here Is What You Must Know