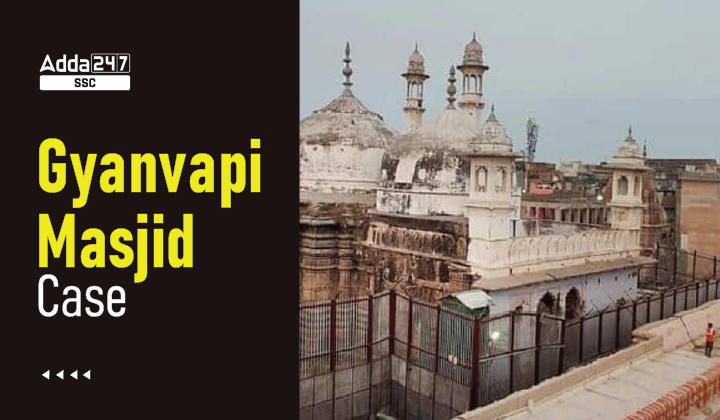 Gyanvapi mosque is located next to the famous Kashi Vishwanath temple in Varanasi. It is believed that the Gyanvapi Mosque was built in 1669 by the Mughal ruler Aurangzeb by demolishing the ancient Vishweshwar temple. In Saqib Khan’s book ‘Yasir Alamgiri’, it is mentioned that Aurangzeb had demolished the temple in 1669 by ordering Governor Abul Hassan.

In 1991, three persons, including Pandit Somnath Vyas, a descendant of the priests of the Kashi Vishwanath temple, filed a suit in the court of the civil judge of Varanasi claiming that Aurangzeb had demolished the temple of Lord Vishweshwar and built a mosque on it. The case of Gyanvapi mosque has been in court since then.

August 18, 2021: In the same court in Varanasi, five women had filed a petition regarding their right to worship the idols of Shringar Gauri and other deities in the mosque premises on a daily basis. The court then constituted a commission to know the present status of the Makeup Gauri Temple.

April 2022: A Varanasi court sought a survey report by videographing the idol of Makeup Gauri and the Gyanvapi complex.

Vijay Shankar Rastogi, who appeared for the Hindu side, has submitted a map of the entire Gyanvapi complex as evidence in the court. It mentions the temples of Hindu-deities around after the entrance of the mosque, as well as the Vishweshwar temple, Gyankoop, the big Nandi and the basement of the Vyas family. However, there has been a controversy over the survey and videography of this basement.

It is forbidden to transform a place of worship, even its clause, into a place of worship of a different religious denomination or a different class of the same religious denomination, according to Section 3 of the Places of Worship (Special Provisions) Act, 1991.
Section 4(2) of the Act states that all litigations, appeals or other proceedings relating to changing the nature of the place of worship (which were pending till August 15, 1947) shall cease after the enactment of this Act and no fresh action can be taken on such cases.
However, if the change in the nature of the place of worship has occurred after the cut-off date of August 15, 1947 (after the act came into force ), legal action can be initiated in that case. The disputed site of Ayodhya (Ram Janmabhoomi-Babri Masjid) was exempted from the Act.

The survey of the complex was challenged by the Muslim side, citing the Places of Worship (Special Provisions) Act, 1991.
But the Supreme Court has refused to put a stay on the videographic survey of the Maa Shringar Gauri Sthal at the Kashi Vishwanath temple-Gyanvapi mosque complex, ordered by a Varanasi civil court.

The Varanasi court rejected the Muslim side’s petition and said the plea of Hindu side is maintainable. The next hearing of the case in the Varanasi court is on September 22. Also, the Allahabad High Court fixed September 28 as the next date of hearing in a case pertaining to a petition filed by Anjuman Intezamia Masjid of Varanasi challenging the maintainability of an original suit filed in 1991 in the Varanasi district court. Stay connected with the website of SSC Adda to get updates on Gyanvapi masjid case.
This comes in the backdrop of five Hindu women filling petitions seeking the right to worship Maa Shringar Gauri on the outer wall of the mosque complex located next to the Kashi Vishwanath temple in Uttar Pradesh.
Earlier, the Supreme Court, considering the “complexity of the issues involved in the civil suit”, transferred the Gyanvapi dispute that was pending before the Varanasi civil judge (senior division) to the district judge. The Supreme Court said that it would wait for the Varanasi district court’s decision on the mosque committee’s objections to the civil suits, before intervening in the matter.

Q. Who is believed to had ordered construction of Gyanvapi Masjid?

Ans. It is believed that Aurangzeb had ordered it’s construction.

Q. A book titled ‘Yasir Alamgiri’, which mention Gyanvapi Masjid, is written by?

Ans. Saqib Khan’s has written the book ‘Yasir Alamgiri’, it is mentioned that Aurangzeb had demolished the temple in 1669 by ordering Governor Abul Hassan.

Who is believed to had ordered construction of Gyanvapi Masjid?

It is believed that Aurangzeb had ordered it's construction.

A book titled 'Yasir Alamgiri', which mention Gyanvapi Masjid, is written by?

Saqib Khan's has written the book 'Yasir Alamgiri', it is mentioned that Aurangzeb had demolished the temple in 1669 by ordering Governor Abul Hassan.