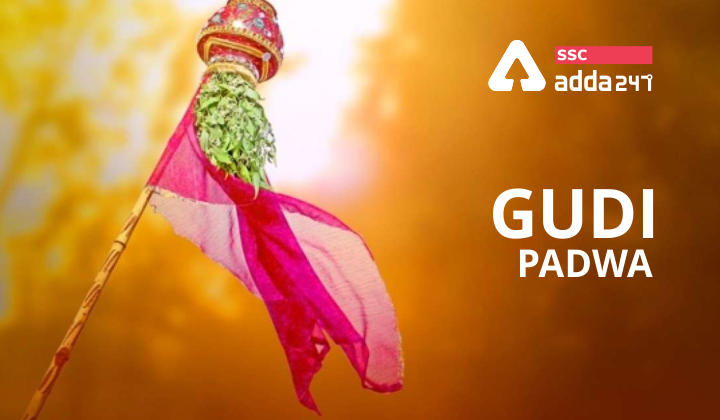 One of the vibrant festivals in India, Gudi Padwa is celebrated to mark the beginning of the traditional new year (in the Marathi calendar) and spring season (in south India). The festival usually falls on the first day of Chaitra under Shukla Pratipada. The festival is widely celebrated by Maharashtrians across India. As per religious beliefs, hoisting Gudi brings wealth and fortune. In south India, people celebrate it in the form of Ugadi and celebrate the day by performing crop harvest.

On this day, the householders set up the Gudhi on the right side of their house outside. It is made from bamboo, a copper pot called Kalasha, and a colorful piece of cloth is wrapped around the pot and bamboo. Under the Kalash are sugar crystals, neem leaves, and a twig of mango leaves with a flower garland. This Gudhi protects the house from negative energy and is worshipped on this day. It is associated with Surya, the sun god who gives us immense heat and energy. Both Lord Rama and Lord Surya are worshipped in the Gudi Padwa puja which is performed by the eldest member of the family. The ritual includes offering coconut, neem leaves, and jaggery to the deities. A popular homemade festival sweet called Puran Poli is also offered to the deities.

People in Maharashtra also hoist Gudi to commemorate the victories of Chhatrapati Shivaji Maharaj. Devotees also hoist Gudi as a symbol of Lord Ram’s return from exile after 14 years. Farmers celebrate the festival to celebrate the end of the Rabi crop season and the beginning of harvest season. As per religious texts, it is considered a powerful day as Lord Brahma created the entire universe on Gudi Padwa.

ADDA247 WISHES TO A VERY HAPPY AND PROSPEROUS GUDI PADWA.