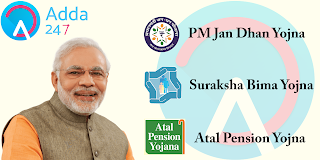 The Government of India is concerned about the old age income security of the working poor and is focused on encouraging and enabling them to save for their retirement. To address the longevity risks among the workers in unorganised sector and to encourage the workers in unorganised sector to voluntarily save for their retirement.
The GoI has, therefore has announced a new scheme called Atal Pension Yojana (APY) in 2015-16 budget. The APY is focussed on all citizens in the unorganised sector. The scheme is administered by the Pension Fund Regulatory and Development Authority (PFRDA) through NPS architecture.

HIGHLIGHTS OF ATAL PENSION YOJANA:
• Under the APY, there is guaranteed minimum monthly pension for the subscribers ranging between Rs. 1000 and Rs. 5000 per month.
• The benefit of minimum pension would be guaranteed by the GoI.
• GoI will also co-contribute 50% of the subscriber’s contribution or Rs. 1000 per annum, whichever is lower. Government co-contribution is available for those who are not covered by any Statutory Social Security Schemes and is not income tax payer.
• GoI will co-contribute to each eligible subscriber, for a period of 5 years who joins the scheme between the period 1st June 2015 to 31st December 2015. The benefit of five years of government Co-contribution under APY would not exceed 5 years for all subscribers including migrated Swavalamban beneficiaries.
• All bank account holders may join APY.

ELIGIBILITY FOR ATAL PENSION YOJANA:
• APY is applicable to all citizen of India aged between 18-40 years.
• Aadhaar will be the primary KYC. Aadhar and mobile number are recommended to be obtained from subscribers for the ease of operation of the scheme. If not available at the time of registration, Aadhar details may also be submitted later stage.

Pradhan Mantri Jan-Dhan Yojana (PMJDY) is National Mission for Financial Inclusion to ensure access to financial services, namely, Banking/ Savings & Deposit Accounts, Remittance, Credit, Insurance, Pension in an affordable manner.
Account can be opened in any bank branch or Business Correspondent (Bank Mitr) outlet. PMJDY accounts are being opened with Zero balance. However, if the account-holder wishes to get cheque book, he/she will have to fulfill minimum balance criteria. 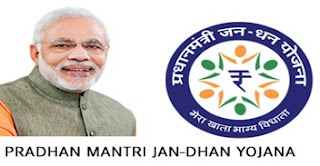 1. Interest on deposit.
2. Accidental insurance cover of Rs. 1 lac
3. No minimum balance required.
4. The scheme provides life cover of Rs. 30,000/- payable on death of the beneficiary, subject to fulfillment of the eligibility condition.
5. Easy Transfer of money across India.
6. Beneficiaries of Government Schemes will get Direct Benefit Transfer in these accounts.
7. After satisfactory operation of the account for 6 months, an overdraft facility will be permitted
8. Access to Pension, insurance products.
9. The Claim under Personal Accidental Insurance under PMJDY shall be payable if the Rupay Card holder have performed minimum one successful financial or non-financial customer induced transaction at any Bank Branch, Bank Mitra, ATM, POS, E-COM etc. Channel both Intra and Inter-bank i.e. on-us (Bank Customer/rupay card holder transacting at same Bank channels) and off-us (Bank Customer/Rupay card holder transacting at other Bank Channels) within 90 days prior to date of accident including accident date will be included as eligible transactions under the Rupay Insurance Program 2016-2017.
10. Overdraft facility up to Rs.5000/- is available in only one account per household, preferably lady of the household.

Prime Minister Narendra Modi has launched flagship social security scheme Pradhan Mantri Suraksha Bima Yojana (PMSBY) which is an accidental death and disability insurance scheme. A large part of the Indian population lives in rural areas and most of them are not covered under any kind of social security scheme. A large section of this population has not even gained the benefits of the banking system and most are still unaware of various governmental schemes that are launched from time to time.

By joining the PMSBY scheme and by paying a nominal premium of Rs. 12/- per person per year, he or she will get an insurance cover for a sum of Rs. 2,00,000/- (two lakh) in case of accidental death or permanent full disability or a sum of Rs. 1,00,000/- (one lakh) in case of partial but permanent disability. The scheme will be valid for a year and it can be renewed every year. The entire premium paid by the subscribers will be tax-free under Section 80C. Furthermore, all the proceeds received up to Rs. 1, 00,000/- (one lakh) will be exempted from tax under Section 10(10D). For all the proceed amounts exceeding Rs. 1,00,000/-, a TDS at the rate of 2% of the total proceeds will apply if Form 15H or Form 15G is not submitted to the insuring agency.

Who is eligible to be covered under PMSBY?

Any person between the age of 18 and 70 with a savings bank account and Aadhaar Card can join the scheme. A person will need to fill out a simple form mentioning the name of the nominee and linking the Aadhaar Card to the bank account. The person will need to submit the form each year before 1st June to continue the scheme.
With this, the account can be easily activated and the entire premium due will be auto-debited from his or her account. In other words, all a person has to do is to open a bank account and then ensure the availability of at least Rs. 12/- before 1st June of each year to ensure automatic renewal of the scheme. A person has the option to go in for a long-term inclusion under the scheme by instructing the bank to auto-renew the scheme every year.