Mathematics is an equally important section for SSC CGL mains exam and has even more abundant importance in some other exams conducted by RRB & SSC. Generally, there are questions asked related to basic concepts and formulas of trigonometry.

To let you make the most of the Mathematics section, we are providing important facts related to Geometry. Also, RRB NTPC and State exams are nearby with bunches of posts for the interested candidates in which Mathematics is a major part. We have covered important notes and questions focusing on these prestigious exams. We wish you all the best of luck to come over the fear of Mathematics section.

Fundamental concepts of Geometry:
Point: It is an exact location. It is a fine dot which has neither length nor breadth nor thickness but has position i.e., it has no magnitude.
Line segment: The straight path joining two points A and B is called a line segment AB . It has and points and a definite length.
Ray: A line segment which can be extended in only one direction is called a ray.
Intersecting lines: Two lines having a common point are called intersecting lines. The common point is known as the point of intersection.
Concurrent lines: If two or more lines intersect at the same point, then they are known as concurrent lines.

Angles: When two straight lines meet at a point they form an angle.
Right angle: An angle whose measure is 90° is called a right angle.
Acute angle: An angle whose measure is less then one right angle (i.e., less than 90°), is called an acute angle.
Obtuse angle: An angle whose measure is more than one right angle and less than two right angles (i.e., less than 180° and more than 90°) is called an obtuse angle.
Reflex angle: An angle whose measure is more than 180° and less than 360° is called a reflex angle.
Complementary angles: If the sum of the two angles is one right angle (i.e.,90°), they are called complementary angles. Therefore, the complement of an angle θ is equal to 90° – θ.
Supplementary angles: Two angles are said to be supplementary, if the sum of their measures is 180°. Example: Angles measuring 130° and 50° are supplementary angles. Two supplementary angles are the supplement of each other. Therefore, the supplement of an angle θ. is equal to 180° – θ..
Vertically opposite angles: When two straight lines intersect each other at a point, the pairs of opposite angles so formed are called vertically opposite angles.
Bisector of an angle: If a ray or a straight line passing through the vertex of that angle, divides the angle into two angles of equal measurement, then that line is known as the Bisector of that angle.
Parallel lines: Two lines are parallel if they are coplanar and they do not intersect each other even if they are extended on either side.
Transversal: A transversal is a line that intersects (or cuts) two or more coplanar lines at distinct points.
Triangles: Part-1
1.  A centroid divides a median in 2 : 1 ratio.
Centroid a point of intersection of three medians.
2.  Ratio of two adjacent sides of a triangle is equal to the two parts of third side which makes by the internal angle bisector.
3. In an equilateral triangle internal angle bisector and the median are same.
4. Any two of the four triangles formed by joining the mid-point of the sides of a given triangle are-congruent.
5. Two triangles have the same area if they have the same base and lie between two parallel lines.
6. In a triangle side opposite to smaller angle is smaller in comparison to the side which is opposite to greater angle.
7. Orthocenter → Point of intersection of three Altitudes.
Incentre → Point of intersection of the angle bisectors of a triangle
Circumcenter → Point of intersection of the perpendicular bisectors of the sides.
Median → Line joining the mid-point of a side to the vertex opposite to the side.
8. When the corresponding sides of two triangles are in proportion then the corresponding angles are  also in proportion.
If the two triangles are similar, then we have the following results –
Ratio of area of two triangles = Ratio of squares of corresponding sides
Ratio of sides of two triangles= Ratio of height (Altitudes)
= Ratio of medians
= Ratio of angle bisector
= Ratio of in radii/circum radii
= Ratio of Perimeter
9. In a right angled triangle, the triangle on each side of the altitude drawn from the vertex of the right angle to the hypotenuse is similar to the original triangle and to each other too.
Some questions based on lines & angle
1.In the figure
given below, PQ and RS are two parallel lines and AB is a transversal. 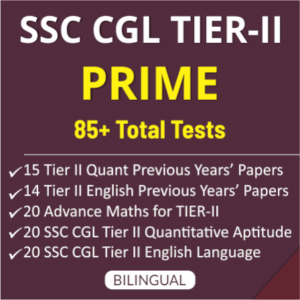 What Is PM Jan Dhan Yojana? Who Are The Beneficiaries; Know...