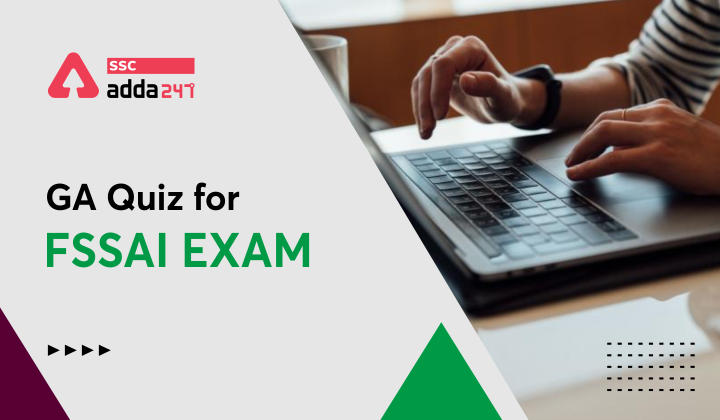 GA Quiz for FSSAI Exam: FSSAI is conducting the recruitment of various posts i.e. Technical Officer, Central Food Safety Officer, Assistant, Food Analyst, Deputy manager, etc. Food Safety and Standards Authority of India has released a total of 254 vacancies. The candidates must be preparing for the FSSAI exam which will be conducted soon. In this article, we are providing you with the GA Quiz for FSSAI Exam. The candidates who are going to appear for the exam must be preparing for the General Awareness section. The total number of questions in GA is 20, but if you have the correct knowledge these marks can lead to an improvement in your final score. Candidates must go through the quiz provided below.

Q3. Which of the following is the wildlife sanctuary?
(a) Jaldapara.
(b) Garumala.
(c) Corbett.
(d) Chapramari.

Q6. Palghar joint which of the following state’s?
(a) Sikkim and west bengal.
(b) Tamilnadu and Kerala.
(c) Maharashtra and Gujarat.
(d) Chennai and Puducherry.

Quasi rent is a term in economics that describes certain types of returns to a firm. It is a temporary phenomenon.