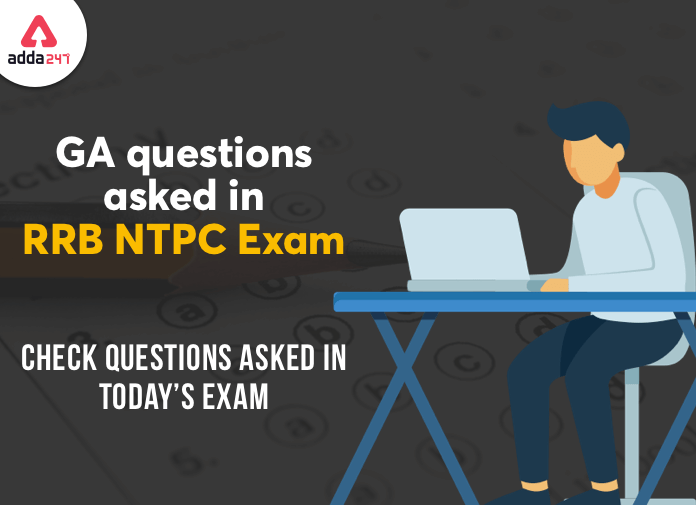 RRB NTPC is conducting the exam in 2 shifts as per the COVID 19 guidelines. The railway is conducting the RRB NTPC CBT 1 examination for selecting the eligible candidates for the recruitment in Railway. ADDA247 is always a step ahead provided you with the overall analysis of the exam ongoing on daily basis. Today i.e. 21st January 2021 first  & second shift of the 2nd phase exam is completed and we are here with the Questions asked in the General Awareness section of the examination.

What are the questions asked in the RRB NTPC CBT 1 exam from the General Awareness section? Aspirants who are yet to appear in the upcoming shifts must be looking forward to getting acquainted with the questions as that will help them in knowing the type of questions to be asked by the RRB. Now, we are providing you with the General Awareness question which was asked on the 21st January of the RRB NTPC CBT 1 examination.

The longest bone of the Human body? Ans: Femur

How many parts are there in Indian Constitution? Ans: 25

What is the chemical formula for easter? Ans: RCOOR’

Right to property in which amendment
Mid day meal in which ministry?
Ser I Adil ?
North East State until 1960?
How many parts in constitution
Squash indian men’s title 2019?
Which organisation to control human reproduction
Oldest organisation?
Which plant use uranium 233?
Murshid Premchand original name?
Liquid in Room temperature?
Folk dance
Indian economy is ?
DDL Means in computer?
Main construction in cpu?
Bhagat Singh bombed in central assembly against who ?