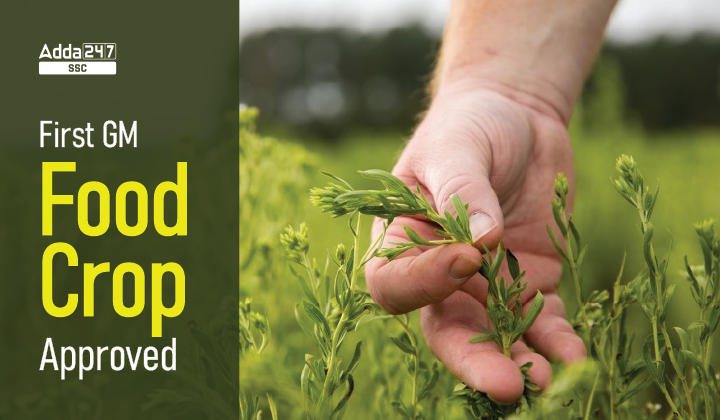 The Genetic Engineering Appraisal Committee (GEAC), a body under the Ministry of Environment, Forest and Climate Change, has approved the seed production of GM mustard. It is India’s first indigenously developed transgenic hybrid mustard.

The lab-altered mustard seeds were developed by Deepak Pental, a scientist and former vice-chancellor of Delhi University, and his team. It took a decade of dedication to reach this milestone.
But the commercial use of GM mustard seeds would take a couple of years more. Experts at the GEAC believe that such seeds will give higher yields and will help India reduce its heavy dependence on imports.

Scientists have developed the hybrid mustard DMH-11 containing two alien jeans isolated from a soil bacterium called Bacillus amyloliquefaciens. They have deployed the barnase-barstar GM technology to create this hybrid.

Significance of this Approval

India is the world’s biggest importer of edible oils. It takes billions of dollars to import cooking oils every year, as the country meets more than 70% of its vegetable oil demand through imports from Malaysia, Indonesia, Brazil, Argentina, Russia, and Ukraine. This not only puts pressure on our foreign exchange but also makes us dependent on others for key commodities. Thus, such developments will help India address the related concerns. The decision of GEAC recognizes the potential of biotechnology to address the issue of India’s growing edible oil imports. This may also make India a net exporter of edible oil.

India first allowed GM cultivation in 2002 with genetically modified cotton. Apart from GM cotton, no other transgenic crop has been approved so far.

GM cotton helped transform India into the world’s No. 1 cotton producer and second-largest exporter of fibre as output increased fourfold.

Criticism of the Approval

Critics believe that GM crops could compromise food safety and biodiversity and also pose a health hazard. It is said that GM crops may affect existing crop diversity in the country in the long run. We don’t have enough scientific studies to suggest that GM crops are completely safe for human and animal consumption.

GM mustard may also undermine the population of honey bees. Mustard flowers are a source of nectar for honey bees and many other pollinator insects.

Q. When was GM crop first approved in India?

Q. Which genetically modified crop was first approved in India?

Ans. GM Cotton was the first genetically modified crop to be approved in India. In fact, till today it is the only GM crop in India to be cultivated on large scale.

When was GM crop first approved in India?

GM Crop was first approved in India in 2022.

Which genetically modified crop was first approved in India?

GM Cotton was the first genetically modified crop to be approved in India. Infact, till today it is the only GM crop in India to be cultivated on large scale.