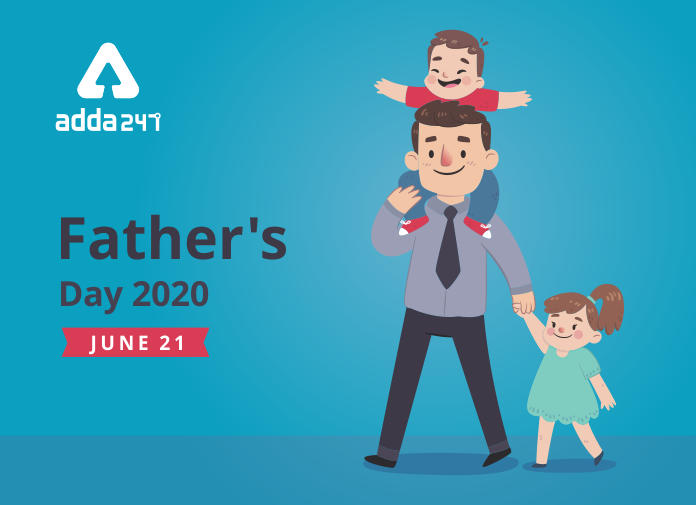 Father’s Day 2020: Father’s Day is celebrated in many parts across the world on the 3rd Sunday of June each year. Apart from this day, there are also many other dates when people from some other parts of the world celebrate Father’s Day. So, basically, it is a special day when you wish to make your father feel special for making your life so much special.

When was the first Father’s Day celebrated?

It was in the year 1910 when Father’s Day was first celebrated in Washington. It is said that the concept of Father’s Day came in motivation to the celebration of Mother’s Day. The history of Mother’s Day goes way back to the Civil Wars from where it got recognized hugely across the world. But when it was about Father’s Day, it did not get much recognition even when in 1908; one of the churches in the United Nations arranged an event in honor of the Fathers.

Later on, it was in the year 1910; Father’s day was celebrated for the very first time, recognizing that fatherly love plays an equally important role in a kid’s life as that of a mother. Keeping this in mind, soon the United States started celebrating Father’s Day on 21st June of every year. Also, following the US, many other nations of the world also started celebrating Father’s day on the same day.

There is no comparison to a Mother’s love. A mother carries a baby in her womb for nine months, suffering different physical and mental conditions. Even after the baby is born, it is the mother who offers it nourishment and love. But does this mean that there is no role of the Father when a child is born?

We often ignore the feelings and the responsibilities that a father shares when a child is born. Though the father does not carry the baby in his womb, the feeling of seeing and touching the baby after nine months is almost the same as the mother.

It is the father who starts planning different things for the baby even before the baby has taken birth. Though today a lot of mothers also are working women and hence are capable enough of taking care of the baby financially too, even now a maximum of the family has the father as a sole earner and is loaded with the responsibility of a new member in the family.

The concept of solo parents has made it quite easier that mothers can take care of a child alone. But often we forget that there are a number of times when a father also takes care of the kids alone in the absence of a mother. Father’s Day hence is celebrated to remember the sacrifices made by fathers to fulfill the dreams of a child and the unconditional love showered on the baby.

How is Father’s Day celebrated?

There is no specific way of how Father’s day is celebrated. Normally, kids go out with their fathers to spend extra special time with them or do something that is special for their fathers. But this year, it will be a bit different as going out will not be very much possible due to the pandemic COVID 19 spread out.

But of course, with the e-commerce service providers offering their services, you can order a special gift for your father to make him feel happy. Also, you can spend the whole day with him, cooking his favorite meals, or doing things that are loved by him.

Moreover, the best gift for any father is that you love him unconditionally in the same way how he loves you.

Q2. When is Father’s Day celebrated in Europe?

Answers: Europeans celebrate Father’s Day on the 19th of March each year.

Q3. What gift should I get for Father’s Day?

Answer: You can gift anything that suits your budget. But the biggest gift is your love towards your Father always.