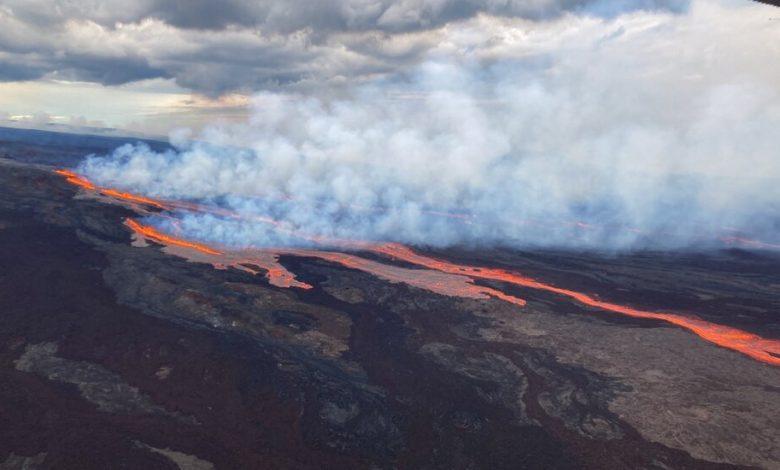 Eruption of Hawaii’s Mauna Loa volcano: The largest active volcano in the world, Mauna Loa in Hawaii, started erupting on Sunday for the first time since 1984, breaking the longest stretch of silence ever documented. Around 11:30 p.m. local time on Sunday, brilliant, hot lava erupted at the volcano’s peak, turning the night sky above Hawaii’s largest island a hellish crimson.

Despite stressing that there are no indications that lava may harm populated areas and that there have been no evacuation orders issued, Hawaii’s Emergency Management Agency said it had opened two shelters on the island as a precaution. About half of Mauna Loa’s recorded eruptions have only affected the summit.