Direction (1-10): The questions below consist of a set of labelled sentences. Out of the four options, given. Select the most logical order of the sentences to form a coherent paragraph.

Q1. P- While the Soviet Government bought grain and other foreign consumer goods to be sold in domestic markets at heavily subsidized rates, Russia rejected socialism.
Q- The oil industry was the prime target of a sweeping privatization drive launched after the break-up of the Soviet Union.
R- The Russian government has failed to do for its people even a fraction of what the Soviet Union, with twice the population, did with the revenue generated from oil.
S- However, not all Russian have been rolling in oil wealth.
(a) QSRP
(b) PRQS
(c) RQSP
(d) SQRP

Q2. P- But the scenario has quite changed now-a-days by allocating a special budget of funds for security.
Q- In the last ten years, budget towards the development of military forces is higher when compared to others.
R- India earlier days gave more importance to the development of industry and less importance to other departments.
S- This is because of the frightening increase in terrorism all around the world especially emerging after the 9/11 terror attack in U.S.
(a) PRQS
(b) SPQR
(c) QSPR
(d) RPSQ

Q4. P- Found that his inferior.
Q- Parietal lobe, 3D-visualization and mathematical thought,
R- In 1999, Canadian Scientists who were studying Einstein’s brain.
S- Was 15 percent wider than in people with normal intelligence.
(a) RQSP
(b) QSRP
(c) RQPS
(d) RPQS

Q5. P- At a later stage, during the 1990s, when Modi served.
Q- He completed a three-month long course in the US.
R- On public relations and image management.
S- As the official spokesperson of the BJP in New Delhi.
(a) PRQS
(b) RQSP
(c) SPRQ
(d) PSQR

Q6. P- Basic to modern science had appeared.
Q- Was well advanced, and many of the works,
R- The movement now known as the scientific revolution.
S- When Newton arrived in Cambridge in 1661,
(a) QPSR
(b) SPQR
(c) SRQP
(d) SQPR

Q7. P- For an object partially submerged in a liquid.
Q- The volume of displaced fluid is equivalent to the.
R- Or to that fraction of the volume below the surface.
S- Volume of an object fully immersed in a fluid.
(a) QSRP
(b) QSPR
(c) QPSR
(d) PQRS

Q8.– P. Size of the fault and the amount of slip on the fault,
Q- The size of an earthquake depends on the.
R- Scientists can simply measure with a measuring tape.
S- But that’s not something.
(a) QPSR
(b) QRPS
(c) QSRP
(d) RQSP

Q9. P- However, our environment also need some help from all of us to get maintained as usual to nourish our lives forever and to never ruin our lives.
Q- It gives us all things which we need to live our life on this planet.
R- It provides us better medium to grow and develop.
S- An environment includes all the natural resources which surround us to help in number of ways.
(a) PQRS
(b) QPSR
(c) SRQP
(d) QSPR

Q10. P- Granted, political defection is increasingly less an act of ideological deﬁance than one of pure opportunism.
Q- Yet, for all it ﬂaws, the current law recognizes and respects one fundamental principle: The right to dissent.
R- A blanket ban on defection will weaken rather than strengthen democracy, in whose name it is being sought to be imposed.
S- Granted also that it is illogical to allow a third of the party to split but not in a lesser number.
(a) RPSQ
(b) PSRQ
(c) RSPQ
(d) PRSQ 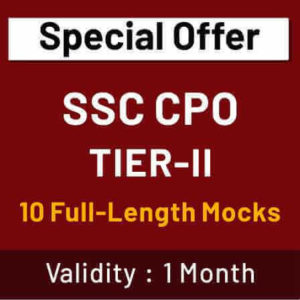 All Exam | English | Bites of Grammer | 50 Most Important Rules For All Exam:-