Be a part of this revised study plan, visit SSCADDA website regularly to add up each day effort in your practice. SSC CGL and CPO Exam dates can surprise you anytime soon. It is time to knuckle down to get your dream job, Today, in this English quiz we are providing 15 English Miscellaneous Questions and Solutions. Attempt this quiz and prepare yourself flawlessly. We wish you good luck for the upcoming Exams.

Directions (1-2): In these questions some of the sentences have errors and some have none. Find out which part of a sentence has an error and indicate it corresponding to the appropriate letter. If there is no error, indicate corresponding to the last option.
Q1. The disagreement primarily centred around the approaches to food procured (A)/ as take-home rations and the hot cooked meals serve to 10 crore (B)/ beneficiaries at 14 lakh anganwadis under the Integrated Child Development Scheme. (C)/ No Error (D)

A
B
C
D
Solution:
Replace ‘serve’ with ‘served’. As the sentence is in Past Indefinite Tense and will only take Past Participle form of Verb.
Q2. The civic body is so far pinned plastic tags with serial numbers (A)/ to the ears of around 25,000 stray animals and linked them (B)/ with the Aadhaar numbers of around 1,500 cattle owners. (C)/ No Error (D)
A
B
C
D
Solution:
Replace ‘is so far’ with ‘has so far’. Adverbs like ‘so far’, ‘yet’ take Present Perfect Tense with them.
Directions (3-4): In the following questions, sentences are given with blanks to be filed in with an appropriate word(s). Four alternatives are suggested for each question. Choose the correct alternative out of the four as your answer.
Q3. It was business as usual in Chennai as well, as there was no _________ in the usual peak hour traffic along the city’s arterial roads.

let in
let-up
let on
let-off
Solution:
Let in (phrasal verb): Let someone or something come in.
Let-up (noun): a pause or reduction in something, usually something bad.
Let on (phrasal verb): reveal.
Let-off (noun): a chance to escape or avoid something, especially defeat.
Hence option B fits in the context.
Q4. The loss as a result of meter manipulation has been ________ at Rs 250 crore in the past five years.
scrambled
lumped
pegged
missorted
Solution:
Scramble (verb): to move or climb quickly.
Lump (verb): to move noisily and clumsily.
Peg (verb): fix (a price, rate, or amount) at a particular level.
Missort (verb): to sort (something) badly or incorrectly.
Hence option C fits in the context.
Directions (5-6): Out of the four alternatives, choose the one which best expresses the meaning of the given word.
Q5. ENCAPSULATE

elongate
summarize
protract
unwrap
Solution:
Encapsulate: express the essential features of (something) succinctly.
Hence Encapsulate and Summarize are synonyms to each other.
Q6. WAYLAY
proceed
tolerate
authorize
ambush
Solution:
Waylay: stop or interrupt (someone).
Ambush: make a surprise attack on (someone) from a concealed position.
Hence Waylay and Ambush are synonyms to each other.
Directions (7-8): In the following questions, out of the four alternatives, choose the word which is opposite in meaning to the given word and click the button corresponding to it.
Q7. JEJUNE

lumbering
riveting
tepid
palling
Solution:
Jejune: naive, simplistic, and superficial.
Riveting: very exciting or interesting.
Hence Jejune and Riveting are antonyms to each other.
Q8. LOUT
gentle
churl
skunk
slob
Solution:
Lout: an uncouth and aggressive man or boy.
Hence Lout and Gentle are antonyms to each other.
Directions (9-10): In the following question, out of the four alternatives select the alternative which best expresses the meaning of the idiom/phrase.
Q9. Scope out

to admit defeat
to make a preliminary inspection
to accompany someone safely to their home
to unexpectedly upset or confuse someone
Solution:
Option B is the correct meaning.
Q10. Whitewash
to be sold very quickly
to chat casually without purpose
to conceal something bad
to forget something you were supposed to have remembered
Solution:
Option C is the correct meaning.
Directions (11-15): A passage is given with 5 questions following it. Read the passage carefully and choose the best answer to each question out of the four alternatives and click the button corresponding to it.
Marie Curie was one of the most accomplished scientists in history. Together with her husband, Pierre, she discovered radium, an element widely used for treating cancer, and studied uranium and other radioactive substances. Pierre and Marie’s amicable collaboration later helped to unlock the secrets of the atom. Marie was born in 1867 in Warsaw, Poland, where her father was a professor of physics. At an early age, she displayed a brilliant mind and a blithe personality. Her great exuberance for learning prompted her to continue with her studies after high school. She became disgruntled, however, when she learned that the university in Warsaw was closed to women. Determined to receive a higher education, she defiantly left Poland and in 1891 entered the Sorbonne, a French university, where she earned her master’s degree and doctorate in physics.
Marie was fortunate to have studied at the Sorbonne with some of the greatest scientists of her day, one of whom was Pierre Curie. Marie and Pierre were married in 1895 and spent many productive years working together in the physics laboratory. A short time after they discovered radium, Pierre was killed by a horse-drawn wagon in 1906. Marie was stunned by this horrible misfortune and endured heartbreaking anguish. Despondently she recalled their close relationship and the joy that they had shared in scientific research. The fact that she had two young daughters to raise by herself greatly increased her distress.
Curie’s feeling of desolation finally began to fade when she was asked to succeed her husband as a physics professor at the Sorbonne. She was the first woman to be given a professorship at the world-famous university. In 1911 she received the Nobel Prize in chemistry for isolating radium. Although Marie Curie eventually suffered a fatal illness from her long exposure to radium, she never became disillusioned about her work. Regardless of the consequences, she had dedicated herself to science and to revealing the mysteries of the physical world.
Q11. The Curies’ _________ collaboration helped to unlock the secrets of the atom.

friendly
competitive
courteous
industrious
Solution:
“Amicable” means friendly. As passage specifically describes their collaboration as “amicable’’ which means friendly.
Q12. Marie had a bright mind and a ______ personality.
strong
lighthearted
humorous
strange
Solution:
“Blithe” means light-hearted.
Q13. When she learned that she could not attend the university in Warsaw, she felt _________.
hopeless
annoyed
depressed
indifferent
Solution:
“Disgruntled” means annoyed.
Q14. Marie _________ by leaving Poland and traveling to France to enter the Sorbonne.
challenged authority
showed intelligence
behaved
was distressed
Solution:
Marie challenged authority by going to study at the Sorbonne, because Warsaw’s university did not admit women. The passage indicates this challenge by describing her “defiantly” leaving Poland for France. As defiantly means ‘in a manner that shows open resistance or bold disobedience’.
Q15. Even though she became fatally ill from working with radium, Marie Curie was never _________.
troubled
worried
disappointed
overconfident
Solution:
“Disillusioned” means disappointed.
You may also like to read: 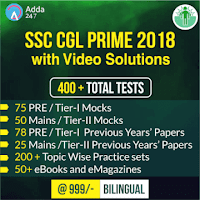