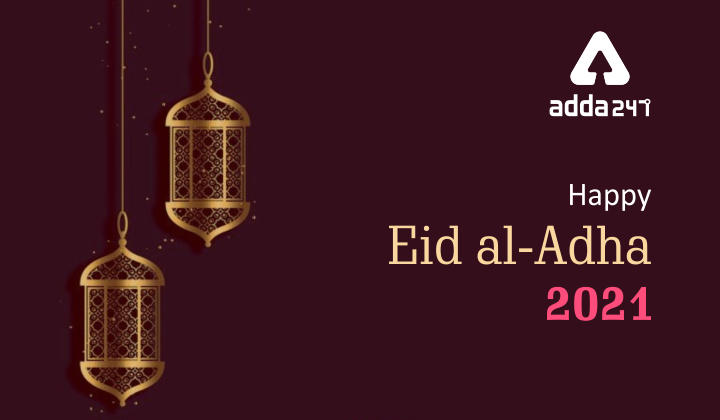 Eid-al-Adha is also known as the festival of sacrifice. It is called a Feast of the sacrifice. Bakr-id is celebrated in the Islamic month of Dhul Hijjah. On this day, animal sacrifice is performed by killing it and the meat is distributed among the poor and needy people. In Eid-Mubarak the two individual terms, Eid Means festival and Mubarak means celebration, which is celebrated worldwide. We wish you Eid-Mubarak.

Bakra Eid or Bakrid is marked by sacrificing an animal that is close to them to prove their devotion and love for Allah. Post the sacrifice, devotes distribute the offering to family, friends, neighbors and especially to the poor and the needy. People buy goats or sheep a day prior to sacrifice, on the day commemorating Ibrahim (Abraham) who was to sacrifice his son as an act of obedience to God’s command.

Once, the God Allah challenged Prophet Ibrahim to prove his faith on him for which the God appealed him to sacrifice his dearest son Ismail. The love of Prophet Ibrahim with regards to his son was equivalent to his faith in God Allah.

It was a tough decision for him to assassinate his own child with his own will. But he could not deny the order of Allah. He closed his eyes while raising a sharp sword. He divided the head from the body, reciting Allah’s name. Being astonished after opening his eyes, he could not believe on his senses. His son Ismail was alive in front of his eyes and he saw a dead lamb lying in the pool of blood. As a result, the willingness of god was to test his preparedness to sacrifice his beloved son.

On this day, people meet and greet each other by saying Eid Mubarak, which means Blessed Eid. People exchange gifts with one another and arrange public and family meals. people pray at local mosques and also wear new clothes. On the day, a cow, goat, camel or sheep is sacrificed, depending on the region. This is done in remembrance of the story of Ibrahim. The meat is divided into three parts. The family eats one-third of the meat, while one part is kept for friends and relatives. The remaining part is given to the needy and poor people.

Eid-al-Adha is a celebration honoring Ibrahim’s willingness to sacrifice his son on the command of Allah. On Eid-al-Adha some Muslims sacrifice a cow, goat, or sheep.

Meanwhile, the Eid-al-Fitr is a joyous festival that marks the culmination of the holy month of Ramadan. During the period of Ramadan, Muslims around the world fast from sunrise till sunset.

What is Normalization in SSC? How does it work?