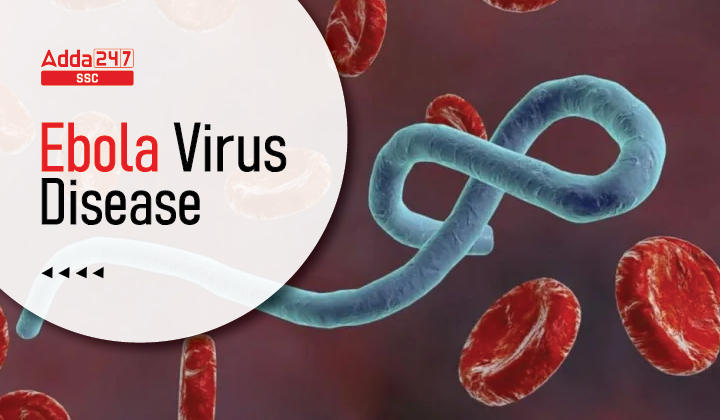 Animal to Human Transmission occurs through close contact with the blood, secretions, organs or other bodily fluids of infected animals such as fruit bats, chimpanzees, gorillas, monkeys, forest antelope or porcupines found ill or dead or in the rainforest. Human-to-Human Transmission occurs via direct contact (through broken skin or mucous membranes) with Blood or body fluids of a person who is sick with or has died from Ebola.

Symptoms may appear anywhere between 2 to 21 days after contact with the virus. EVD symptoms may last with an average of 8 to 10 days. It’s symptoms include Fever, Fatigue, Muscle pain, Body weakness, Headache, Sore throat, Vomiting, Diarrhoea, Symptoms of impaired kidney and liver function, in some cases, both internal and external bleeding.

The Ervebo (rVSV-ZEBOV) vaccine has been highly effective in containing the disease but this vaccine has only been approved to protect against the Zaire strain of the virus.

An outbreak of Ebola virus has been declared in Uganda after a case was confirmed in Mubende district, in the centre of the country. It is the first time in more than a decade that the Sudan strain has been found in Uganda, which also saw an outbreak of the Zaire strain of Ebola virus in 2019.
Existing vaccines against Ebola have proved effective against the Zaire strain but it is not clear if they will be as successful against the Sudan strain.

Q. In which country, the recent outbreak of Ebola Virus Disease has been confirmed?

Ans. It has been confirmed in Uganda.

Q. Is there any vaccine available for Ebola Virus Disease?

Ans. The Ervebo (rVSV-ZEBOV) vaccine has been highly effective in containing the disease but this vaccine has only been approved to protect against the Zaire strain of the virus.

Ans. Yes, it is possible using ELISA and RT-PCR assay.