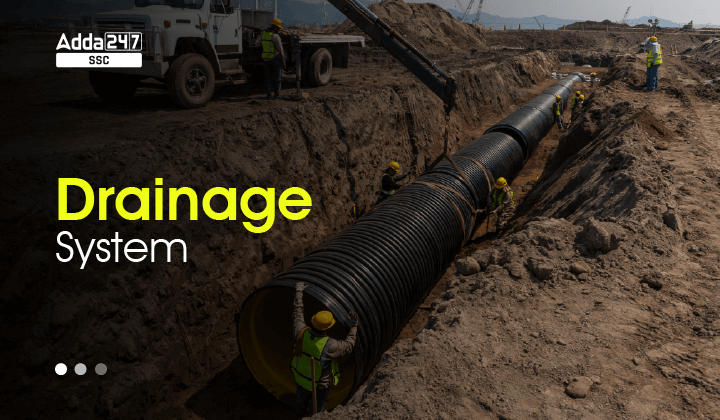 Drainage System: The flow of water through well-defined channels is known as drainage and the network of such channels is called a ‘drainage system’. The drainage system of an area is the outcome of the geological time period, nature and structure of rocks, slope, topography, amount of water flowing, and the periodicity of flow. An elevated area that separates two drainage basins is called a ‘water divide’.

The world’s largest drainage basin is the Amazon river and in India, the river Ganga has the largest river basin. There are some different drainage patterns which are as follows:

Indian Drainage System is ancient and divided into two types which are based on the discharge of water (orientation to the sea).

These two drainage systems are separated from each other through the Delhi ridge, the Aravallis, and the Sahyadris. Nearly 77% of the drainage is oriented toward the Bay of Bengal while 23% discharges its water into the Arabian Sea.

In this article, we are providing detailed information related to the Indian Drainage System which includes their types, their route, and their categories. The drainage system of India which is by the river is divided into two major groups:

Here is the list of rivers flowing from east and west flowing rivers. Candidate must refer to this, This will help for the competitive exams for general knowledge. The below table shows the details. The rivers and their origins are mentioned below.