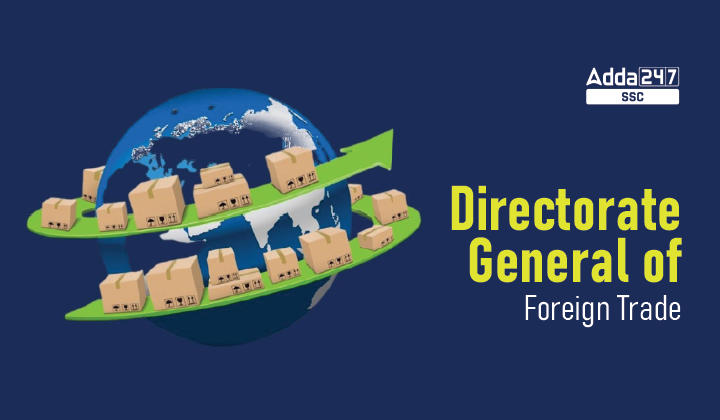 Directorate General of Foreign Trade (DGFT) is the governing body for the promotion and facilitation of exports and imports under the Ministry of Commerce and Industry. DGFT is responsible for implementing the Foreign Trade Policy with the primary objective of promoting Indian exports.

Directorate General of Foreign Trade is a government organization in India responsible for the formulation of exim guidelines and principles for Indian importers and Indian exporters of the country. Before 1991, DGFT was known as the Chief Controller of Imports & Exports (CCI&E).

The Directorate General of Foreign Trade internship program is continuing since long. The Directorate General of Foreign Trade internship program in this directorate is designed to allow officers in the directorate to interact with young scholars and researchers from prestigious academic institutions who are pursuing studies/research in Public Policy/ Economics/ Law/ Finance/ Management. While new academic ideas will allow the Directorate to critically analyze its activities and take objective and impartial corrective action. The internship will provide interns with an excellent opportunity for career advancement and professional expertise.

Foreign trade refers to the exchange of various specialized commodities and services between corresponding countries. Types of Foreign Trade:

Foreign Trade Investment involves capital flows from one country to another, with foreign investors gaining substantial ownership stakes in domestic companies and assets. Foreign investment implies that foreigners have an active role in management as part of their investment or a large enough equity stake to influence business strategy. Types of Foreign Investment:

The Indian Institute of Foreign Trade (IIFT) was established in 1963 as an autonomous body under the Ministry of Commerce & Industry to contribute to the skill building for the external trade sector of India. Over the years, IIFT has emerged as a national university with a focus on International Business Management and Strategy, and such focus is reflected in all three major activities of the Institute: Research, Training, and Education. Its mission is to create and foster a learning environment that enables participants to be leaders in international business with sensitivity towards society.

Foreign trade in India includes all imports and exports to and from India. At the level of Central Government, it is administered by the Ministry of Commerce and Industry

India’s overall exports (Merchandise and Services combined) in July 2022* are estimated to be USD 61.18 Billion, exhibiting a positive growth of 11.51 percent over the same period last year

Q1. What do you mean by Foreign Trade Investment?

Q2. What is the role of the Directorate General of Foreign Trade?

Ans. The Directorate General of Foreign Trade is responsible for formulating and implementing the Foreign Trade Policy with the primary objective of promoting India’s exports.

Q3. What are the major initiatives under the Foreign Trade Policy?