Directions(1-2):In this question, there is a certain relation between two given words on one side of:: and one word is given on another side of:: while another word is to be found from the given alternatives, having the same relation with this word as the words of the given pair bear. Choose the best alternative.

Directions(4-5): In each of the following questions, various terms of a letter series are given with one term missing as shown by (?). Choose the missing term out of the given alternatives.

Q7. In this letter series, some of the letters are missing which are given in that order as one of the alternatives below it. Choose the correct alternative.
a _ b _ cbb _ aa _ ca _ ba _ bcc.
(a) ababca
(b) acccba
(c) accabb
(d) bcacab
Ans.(b)
Sol.   The series is aabcc/bbcaa/ccabb/aabcc.
The letters move in a cyclic order and in each group, the first and third letters occur twice

Q8. In a code CORNER is written as GSVRIV. How can CENTRAL be written in that code?
(a) DFOUSBM
(b) GIRXVEP
(c) GIRYVEP
(d) GIFJKER
Ans.(b)
Sol.  Each letter of the word is moved four steps forward to obtain the code. 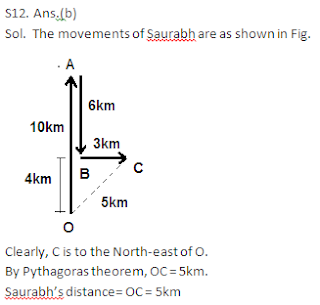 Q13. Which of the following is the suitable Venn diagram for:
Man, Typist, Peon

Ans.(a)
Sol. Venn Diagram in option (a) is satisfy the desired condition. 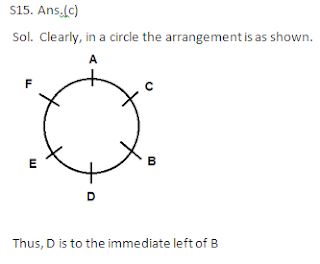