3.Misogamy : Marriage : : Misogyny : ?
(a) Children
(b) husband
(c) Relations
(d) Women
Ans.  (d) first is a hatred for the second
Directions (4-7): Select the one which is different from the other three responses.

4.
(a) MURDER
(b) ASSASSINATION
(c) FRAUD
(d) ASSAULT
Ans. (c) Except fraud, all are example of violent crime where physical
attack is involved.

Directions (9-11): A series is given, with one term missing. Choose the correct alternative from the given ones that will complete the series

Directions (18): Find the missing character from among the given alternatives. 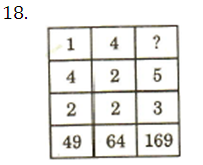 19.Introducing Reena, Monu said, “She is the only daughter of my mother’s husband then how Reena related to monu.”
(a)  Aunt
(b) Niece
(c) Cousin
(d) sister 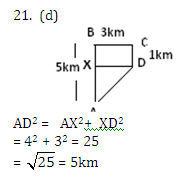 Directions: (23)In these question two statements are given which are followed by four conclusions (i), (ii), (iii) & (iv). Choose the conclusions which logically follow from the given statements. 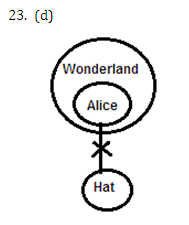 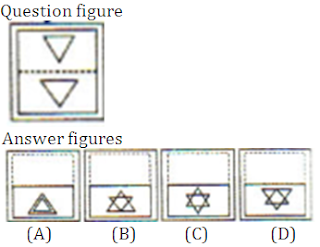