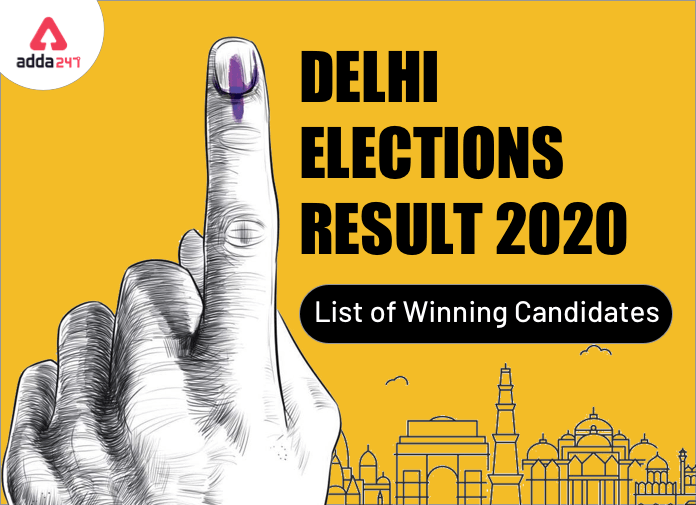 Delhi Election 2020: Counting of votes for the 2020 Delhi Vidhan Sabha election began at 8.00 am. Elections in Delhi were contested on 8th February, 2020. Delhi’s Chief Minister Arvind Kejriwal-led Aam Aadmi Party (AAP) is hoping to retain power in the national capital, while BJP is looking to win the elections in Delhi for the first time since 1993. Indian National Congress, who was at the peak of its power during Late Sheila Dixit’s tenure as Chief Minister in Delhi, is hoping for a revival of its electoral fortunes. Let’s have a look at all the constituencies and the candidates leading from there:

In the ongoing elections current Chief Minister of Delhi, Arvind Kejriwal won from New Delhi constituency with a mammoth margin of 21 thousand+ votes.

Celebrate Adda247’s 10 Anniversary: Get 60% Off On All The Study Material