Dear Students, Intelligence Bureau ACIO Exam 2017 Will be conducted on 15th October 2017. Not much time left for the preparation. At Adda247, we are providing questions for General Awareness section. Today, in this quiz we shall study Polity Questions for IB ACIO Exam, Study and Score great marks in the Exam. We wish you all the very best for the exam.
Q1. Which one of the following pairs is correctly matched?
(a) 1919 Act – Abolition of Indian Council
(b) 1861 Act – Portfolio system
(c) 1935 Act – Governor General’s Executive Council
(d) 1853 Act – Central Legislature
S1. Ans.(b)
Q2. Which act provided for direct control of Indian affairs by the British Government?
(a) Charter Act of 1858
(b) Regulating Act of 1773
(c) Pitts India Act of 1784
(d) Charter Act of l833

S2. Ans.(c)
Q3. Preamble borrows the ideals of “liberty, equality and fraternity” from?
(a) Russian Revolution
(b) Irish Revolution
(c) French Revolution
(d) American Constitution
S3. Ans.(c)
Q4. Which portfolio was held by Dr. Rajendra Prasad in the Interim Government formed in the year 1946?
(a) Defence
(b) External Affairs and Commonwealth Relations
(c) Food and Agriculture
(d) None

S10. Ans.(a)
Q11. A bill presented in Parliament becomes an Act after?
(a) It is passed by both the Houses
(b) The president has given his Assent
(c) The Prime minister has signed it
(d) The Supreme Court has declared it to be within the
competence of the Union Parliament

S11. Ans.(b)
Q12. ‘Zero Hour’ in political Jargon refers to?81
(a) Suspended motion
(b) Question hour
(c) Adjourned time
(d) Question-answer session
S12. Ans.(d)
Q13. Privileges of the State Legislature are mentioned in Article?
(a) 105 of the Constitution
(b) 194 of the Constitution
(c) The chapter on Fundamental Rights under Article 19
(d) nowhere in the Constitution as they have evolved as
part of the parliamentary convention
S13. Ans.(b)
Q14. The oath of office is administered to the members of the State Council of Ministers by the?
(a) Governor
(b) Chief Minister
(c) Chief Justice of the State High Court
(d) Speaker of Legislative Assembly 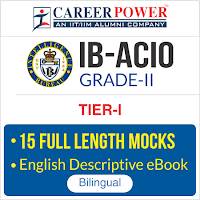