Skip to content
Vocabulary is the base of English writing and speaking that creates an authentic and expressive aura around the person that puts this into practice. This vocabulary is prepared for banking aspirants from The Hindu Editorial keeping the focus on the upcoming SSC Exams. These words are influencing and will help you with all sorts of exams and interviews. “The pen is mightier than the sword” this statement justifies our intention. One can make their presence effective, change the course of a conversation or stand out in the crowd just by using the right set of words. From all the examination point of view, vocabulary is something that is going to help you with every step. We hope this article serves the purpose of strengthening your Basic English. Keep learning.

1. Regale (verb) प्रसन्न करना
Meaning: entertain or amuse (someone) with talk.
Synonym: amuse, divert, delight, fascinate
Antonym: anger, annoy, bore, perturb.
Sentence: As we sat on my grandmother’s front porch, she would often regale us with stories of her youth while we ate freshly baked cookies

2. Credence (noun) प्रत्यय
Meaning: belief in or acceptance of something as true.
Synonym: acceptance, belief, faith, trust
Antonym: distrust, mistrust, suspicion, dubiety.
Sentence: Since you have a history of lying, I find it difficult to give credence to anything you tell me.

3. Malapert (adjective) गुस्ताख़
Meaning: boldly disrespectful; impudent.
Synonym: impertinent, cheeky, rude, brazen.
Antonyms: courteous, humble, modest, polite.
Sentence: In a fury, she said that he was too malapert to give her such answer, and affirmed that both he and they should repent it.

5. Rambunctious (adjective) हुल्लड़बाज़
Meaning: uncontrolled in a way that is playful or full of energy
Synonym: hell-raising, knockabout, boisterous, unruly.
Antonym: noiseless, peaceful, placid, quiet.
Sentence: Our new puppy turned out to be more rambunctious than we bargained for.

9. Banter (noun) मज़ाक
Meaning: the playful and friendly exchange of teasing remarks.
Synonym: wisecracks, crosstalk, wordplay, ribbing.
Sentence: If the banter between the award presenters is not exciting, no one will watch the show.

10. Abstemious (adjective) संयमी
Meaning: indulging only very moderately in something, especially food and drink.
Synonym: temperate, abstinent, austere, moderate.
Antonym: self-indulgent, intemperate, rapacious, voracious.
Sentence: Although my husband is normally abstemious with his money, he will buy a ticket to a football game in a minute. 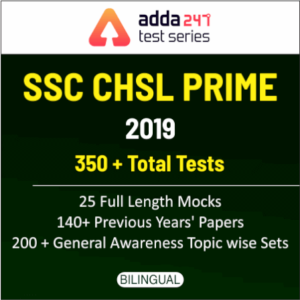