Trump’s racist tweets risk damaging the fabric of American society further
A visceral debate on racism and immigration has again gripped the United States, after President Donald Trump attacked four Democratic Congresswomen of color, asking them to return to the “totally broken and crime-infested places from which they came”. His tweets raised a furore over their racist tenor and exacerbated the sense of bitter polarization, given the strident ongoing debate over Mr. Trump’s zero-tolerance approach toward undocumented migration. The House of Representatives, under Democratic control, voted to condemn Mr. Trump’s remarks as racist, marking the first such reprimand of a sitting President in over a century. Not only did that Congressional rebuke to Mr. Trump pass mostly along partisan lines, by a vote of 240 to 187, but other senior Republicans including Senate majority leader Mitch McConnell defended the President against the racist label. Nevertheless, Mr. Trump hit back again at the four Congresswomen — who have adopted the moniker “the Squad” — on Twitter for what he called their “horrible and disgusting actions”, “racist hatred”, and for being “anti-America”, “anti-Semitic”, and possibly communist sympathizers.
Visceral(adjective)
Meaning: relating to deep inward feelings rather than to the intellect.
Synonym: splanchnic
Antonym: illogicalness, illogicality
Infested(verb)
Meaning:(of insects or animals) be present (in a place or site) in large numbers, typically so as to cause damage or disease.
Synonym: overrun, spread through
Antonym: comfort, gratify
Furore(noun)
Meaning: an outbreak of public anger or excitement.
Synonym: commotion, the uproar
Antonym: peace, calm
Exacerbated(verb)
Meaning: make (a problem, bad situation, or negative feeling) worse.
Synonym: aggravate, make worse
Antonym: calm, reduce
Condemn(verb)
Meaning: express complete disapproval of; censure.
Synonym: censure, criticize,
Antonym: praise, commend
Reprimand(noun)
Meaning: a formal expression of disapproval.
Synonym: rebuke, reproof
Antonym: praise, commendation
Partisan(noun)
Meaning: a strong supporter of a party, cause, or person.
Synonym: supporter, follower
Antonym: impartial, unbiased
Rebuke(verb)
Meaning:express sharp disapproval or criticism of (someone) because of their behavior or actions.
Synonym: scold, admonish
Antonym: praise, compliment, commend
Important Links for the English Language: 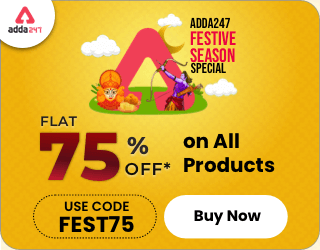