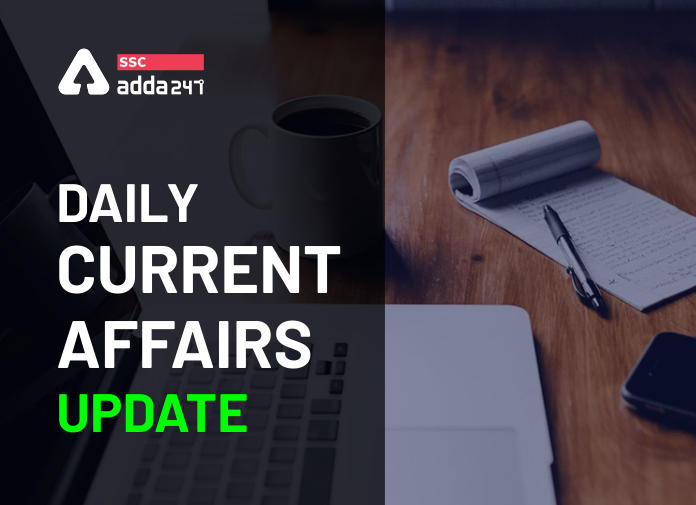 Staying updated with the daily current affair is crucial for the aspirants preparing for the government job examinations. The latest news of national and international importance is what many people seek on a daily basis. With so much happening around you, it must be difficult to get all the news of the day at one place. To help the aspirants get an insight into the news of the day, we are providing you with the daily current affairs update. In this post, we will cover all the important news useful for government job aspirants.

A Project Monitoring Unit (PMU) has been launched by the Ministry of Coal (MoC). The Project Monitoring Unit aims to facilitate early operationalisation of coal mines which have been allocated by the Central Government. It will help the Coal mines allocatees in attaining various clearances required from the Central/State government authorities in order to operationalise the mines and hence, will promote Ease of Doing Business in the coal industry.

Chhattisgarh has topped the list of states in terms of providing jobs under the Mahatma Gandhi National Rural Employment Guarantee Act (MGNREGA) amid the nationwide lockdown due to COVID-19 pandemic.

Manipuri doctor, Thangjam Dhabali Singh conferred ‘Order of Rising Sun’ by Japan government. This award is given for him to promoting a better understanding of Japan in India and deepening ties between the two countries.

Karnataka Vikas Grameena Bank(KVGB) has launched ‘Vikas Abhaya’ a loan scheme to provide some relief to Micro, Small and Medium Enterprise(MSME) borrowers. This scheme is for those borrowers whose business activities are disrupted on account of the COVID-19 pandemic in Dharwad, Karnataka.

Fédération Internationale de Football Association(FIFA) has launched a campaign called “#WeWillWin”. Through this campaign FIFA tribute a special video to health workers and other professionals who ensure the society continues to function among COVID-19 pandemic. Former India football captain Bhaichung Bhutia who is also featured among 50 past and present football stars.

Freedom fighter and Padma Shri Gandhian Hema Bharali passed away at the age of 101. She was well known as Freedom Activist, social worker & Sarvodaya leader. She was born in Assam on 19th February 1919.

Former India Football captain Chuni Goswami passed away. He was the captain of Indian Football Team that won the 1962 Asian Games gold medal. Under his captaincy, India finished as runner-up at the Asian Cup in 1964.

Black rice of Manipur, also called the Chak-Hao, Gorakhpur Terracotta and Kadalai Mittai of Kovilpatti bagged Geographical Indication tag. The application for Chak-Hao was filed by the Consortium of Producers of Chak-Hao (Black Rice), Manipur and was facilitated by the Department of Agriculture, Government of Manipur and the North Eastern Regional Agricultural Marketing Corporation Limited (NERAMAC). In the case of Gorakhpur terracotta, the application was filed by Laxmi Terracotta Murtikala Kendra in Uttar Pradesh.

India’s epic mythological saga of the 1980s, ‘Ramayan’ has created the world record of Highest Viewed Entertainment Programme Globally. On 16th April, 2020, the mythological show was watched by 7.7 crore viewers all over the world.