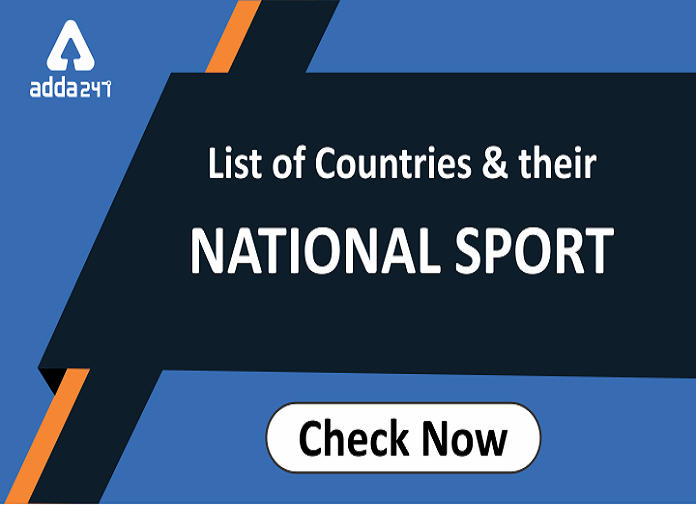 List of Countries and their National Sport: A National Sport of a country is the game based on popularity and cultural significance of that country. The national games are considered as an important part for the natives of that particular country. To gain knowledge and be aware of the National Games of all countries, read the article written below.

General Awareness is an important section in exams such as SSC CGL, CHSL, MTS, railways as a variety of questions can be asked from all around the world. To let you make the most of GA section, we are providing the list of National Sport of Various Countries.

Countries and their National Sports

We hope that this article helped you with the information you were looking for. If you have any other country that you want to add up to this list, make sure to comment down below.