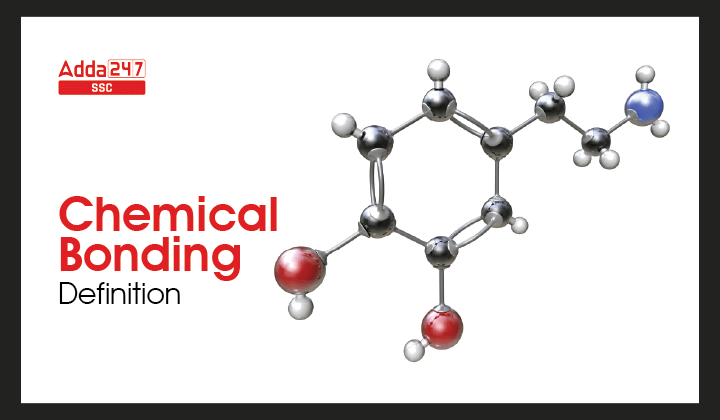 When atoms are attracted to each other and join together to form a molecule, is called the connection between each atom and a chemical bond. The bond “holds together” the atoms in the molecule, ion, or crystal. The bonds can often last until they are broken apart by an external force or energy. When atoms approach one another, their nuclei and electrons interact and tend to distribute themselves in space in such a way that the total energy is lower than it would be in any alternative arrangement. The attractive force that binds two atoms together is known as the chemical bond.

Here we are providing you with detailed information on the types of chemical bonding in detail. This will help candidates to understand the various bonds under chemical bonding.

The ionic bond is a type of chemical bond that involves the transfer of electrons from one atom to another, usually from a metal to a non-metal i.e. Examples include NaCl and Li2O).

A covalent bond means the sharing of electrons between atoms. Compounds that contain carbon (also called organic compounds) commonly exhibit this type of chemical bonding. The pair of electrons which are shared by the two atoms now extend around the nuclei of atoms, leading to the creation of a molecule.

A polar bond is a covalent bond between two atoms where the electrons forming the bond are unequally distributed. This causes the molecule to have a slight electrical dipole moment where one end is slightly positive and the other is slightly negative. Polar bonds are the separating line between pure covalent bonding and pure ionic bonding. Pure covalent bonds (nonpolar covalent bonds) share electron pairs equally between atoms.

Q. What are the 5 chemical bonds?

Q. Which is the strongest bond?

Ans: Covalent Bond is the strongest among all.

Q. Which is the weakest bond?