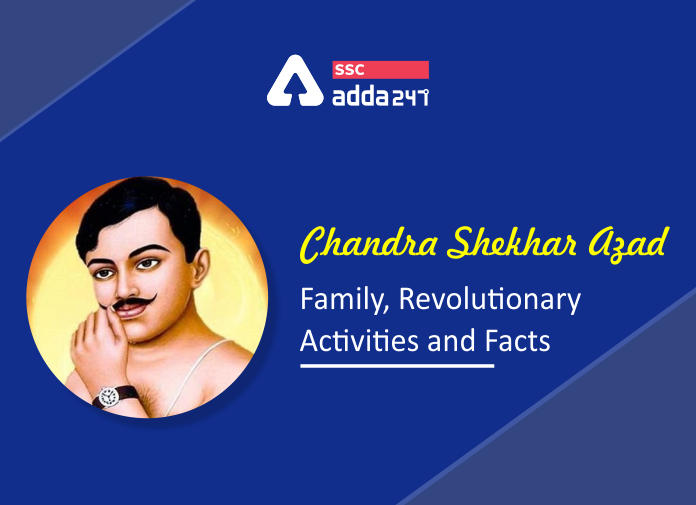 Chandra Shekhar Azad: Chandra Shekhar Azad, this mere name was enough to make a British policeman during the British Raj era break into a cold sweat. Azad was born on July 23, 1906 in Bhabhra village in the present-day Alirajpur district of Madhya Pradesh. Chandra Shekhar Azad was deeply moved by the Jallianwala Bagh incident. He joined the revolution for Indian independence and soon became a part of the Non-Cooperation Movement led by Mahatma Gandhi.

Azad was born on July 23, 1906, in Madhya Pradesh. His father was Pandit Sitaram Tiwari, his mother, Jagrani Devi wanted him to be a great Sanskrit scholar. At Bhavra he received his early education and for higher studies, he went to Sanskrit Pathshala, Varanasi, Uttar Pradesh. Azad joined the revolution for Indian independence at a very young age. He soon became a part of the Non-Cooperation Movement led by Mahatma Gandhi in 1920. Azad got arrested for being a part of the movement at a young age of 15.  He was sentenced to 15 whiplashes.

When Gandhiji suspended the Non-Cooperation movement in 1922, Azad was deeply disappointed and decided to embrace the violent way to wrest freedom from the colonies. He then met another firebrand revolutionary Ram Prasad Bismil who had formed the Hindustan Republican Association (HRA), a revolutionary organisation. Bismil was impressed by Azad, when Azad reportedly put his hand over a lamp and did not remove it till his skin burnt. From that day he came to be known as Chandra Shekhar Azad among the people. They took part in several violent activities including the Kakori train robbery (1925) and the killing of a British police officer (1928).

Azad wanted complete independence for India in any which way. To take revenge on the death of Lala Lajpat Rai, he killed the British Assistant Superintendent of Police John Poyantz Saunders. His previous crimes made him a wanted man, but he was able to elude the police for several years. He was constantly on move because of Police capturing. On 27 February, 1931, he arranged a meeting with revolutionaries at Allahabad’s Alfred Park (now Chandrashekhar Azad Park). He was betrayed by one of his associates and was besieged by the British police. He fought with bravery but seeing no other way to escape, he shot himself and fulfilled his pledge of not being caught alive.