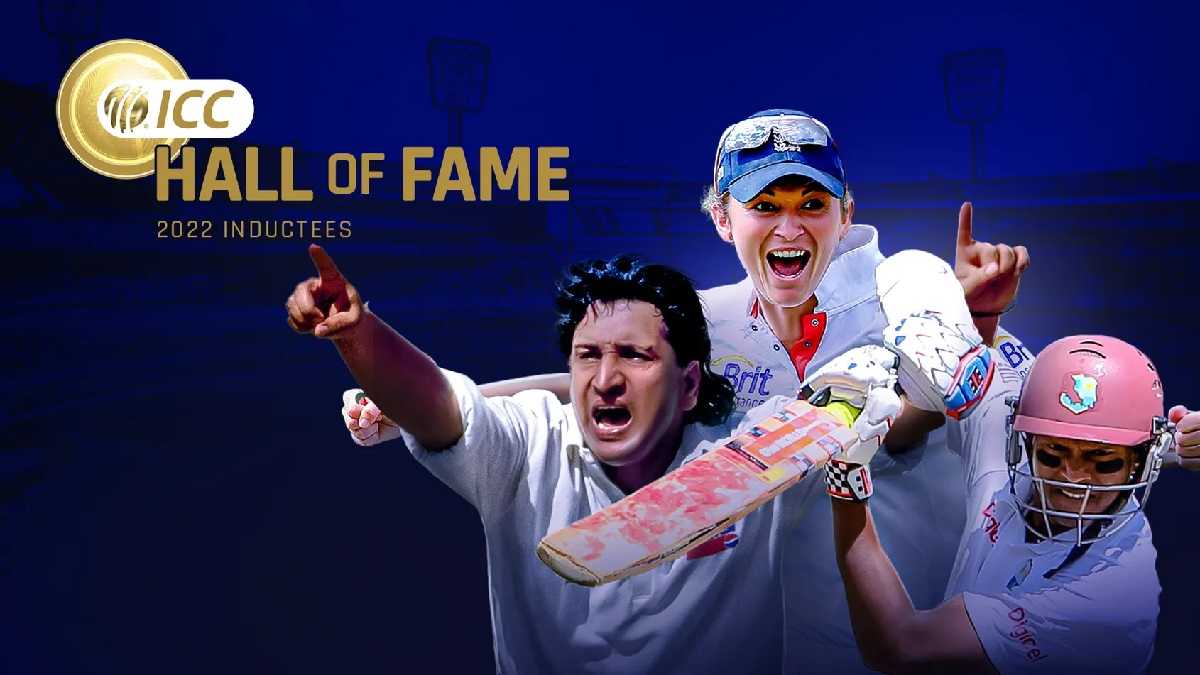 ICC Hall of Fame: On November 8, 2022, the International Cricket Council (ICC) revealed the newest legends to the distinguished group of cricketing greats that makes up the ICC Hall of Fame. Shivnarine Chanderpaul, Charlotte Edwards, and Abdul Qadir have been elected as inductees number 107, 108, and 109, respectively, following a vote procedure that includes the current Hall of Famers, media representatives, top executives from FICA and ICC, and other participants.

One of the most well-known individuals in West Indies cricket history is Chanderpaul.
At the age of 19, he made his debut and quickly developed a unique batting style that allowed him to succeed against the opposition’s bowlers.
Over the course of a 21-year international career, Chanderpaul established himself as the pillar of the West Indies batting order by amassing 13 half-centuries before scoring his first Test century.
Chanderpaul passed 10,000 Test runs, becoming the second West Indian to do so. He wasn’t just good in the longest format; he also performed well in ODIs, scoring 8, 778 runs.

Over the course of a 20-year international career, Charlotte Edwards rose to prominence as one of the sport’s most important figures.
At age 16, she began her career as a professional cricketer for England. She made an immediate impression by hitting a world record unbeaten 173 against Ireland.
In 2006, she was named team captain and led England to multiple wins in both home and away Ashes matches.
Edwards was the top female run-scorer in ODIs and T20Is until she retired in 2016.

Although Qadir passed away in 2019, his impact on the sport in Pakistan and the rest of the world is still very much felt.
With his quick motion and beautiful variation, Qadir was renowned for outwitting some of the best batters in the history of the game.
He ranks third among Pakistan’s most productive spinners all-time thanks to his 326 wickets over the course of a 13-year career.
Qadir was a pioneer in wrist spin techniques in limited-overs cricket and was crucial to Pakistan’s World Cup campaigns in 1983 and 1987.