Skip to content
Latest SSC jobs   »   CET For Government Jobs To Be... 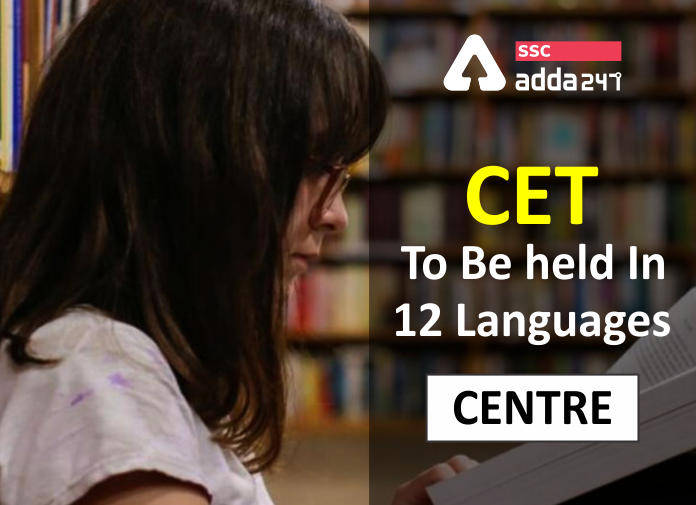 Recently, the government of India gave its nod for creating a National Recruitment Agency (NRA) responsible for conducting the Common Eligibility Test for all non-gazetted government jobs. The NRA CET is most likely to be held from the next year i.e. 2021 depending upon NRA. The centre stated that the Common Eligibility Test will be conducted in 12 Indian languages as of now. Gradually, other languages in the 8th schedule of the constitution will be added over the years.

CET For Government Jobs To Be Held In 12 Languages

The government has decided to conduct the common exam in multiple languages to facilitate candidates from different parts of the country to take the exam in the language they are comfortable. This will help them to get equal opportunity of getting selected in the exam and grab a government job. The CET will not follow the domicile recruitment rules and policies as followed now by various states and Union Territories. What are the 12 languages in which the exam will be conducted? It is yet to be mentioned by the government. As we know, Railways already conducted its examination in over 15 languages across India. This move will surely benefit the candidates from rural areas who have difficulty in competing due to the language barrier.

The common eligibility test will be held at 3 levels for graduate, higher secondary (12th pass) and matriculate (10th pass). A standard curriculum for all the 3 levels will be followed. Also, CET will be held twice a year so that candidates who missed it the first time can take the exam in the second go. The scores of CET will be valid for 3 years. Hence, candidates can use their CET score to apply for multiple posts or higher-level examinations such as Mains, Tier 2 exams of government organisation. Also, there will be no restriction on the number of attempts.

List of 22 Indian Languages under 8th Schedule of the constitution

Although, NRA-CET will be conducted in only 12 Indian languages as of now, let’s take a look at the 22 Indian languages that are currently included in the 8th Schedule of the Indian constitution. What do you think? Which of these languages are likely to be included by the centre for CET? Check it out: