Delhi Subordinate Services Selection Board has released an official notification on Advertisement number 03/2021 on dsssb.delhi.gov.in on 27th May 2021. DSSSB has announced fresh 5807 TGT vacancies to be recruited for the Recruitment of  2021-22. On 12th May DSSSB has released a notification for the recruitment of 7236 vacancies for TGT, LDC, Counsellor, Head Clerk, Patwari, and Assistant Teacher posts on advertisement no 02/2021. The total number of vacancies released now will be 13043. The online registration process for Advt. No 02/2021 is active till 24th June 2021 and for fresh vacancies, the registration will be active from 04th June 2021.

Similarities Between the DSSSB and SSC

In this section, we are going to go through the similarities between the DSSSB and SSC. The candidates must be eligible for the examination. As we can see the detailed exam pattern is almost the same for both examinations. Let us go through this .

Go through the exam pattern which is almost similar for both the exams.

Candidates must go through the detailed syllabus of SSC CGL and SSC CHSL:

As we can compare there is a similarity between the exam pattern the candidates can prepare for DSSSB also. For more details, candidates must go thri=ough the below links.

DSSSB Teaching Recruitment 2021: Notification Out For 13000+ Vacancies For TGT & Other Posts 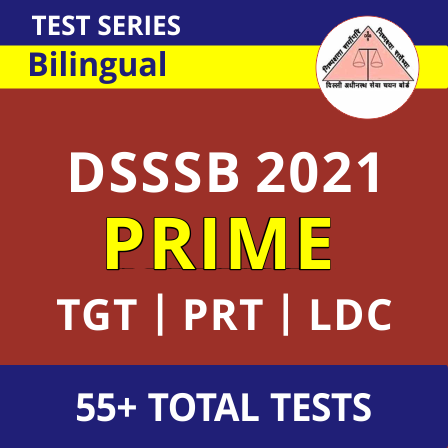