Most Important 20 General Awareness Topics for Bihar Police Constable exam 2019: The Exam to be conducted on 12th and 20th January 2020. The exam will be conducted for the recruitment of 11,880 constable posts in various departments of Bihar Police. As only 2 days are left for the exam, you must know the important topics to revise in the last minute.

The Bihar Police Constable exam will be conducted offline. A total of 100 questions will be required to answer in the exam out of which 50 questions will cover General Knowledge, Current Affairs, Hindi & English. We are providing the top 20 General Awareness topics that you must revise thoroughly before appearing for the exam. Take a look at the complete exam pattern:

The most important topics to cover in order to be completely prepared for the exam are given below. The topics tend to be one of the favourites of the examiners. Questions are seen to be regularly asked from the specific topics as mentioned below: 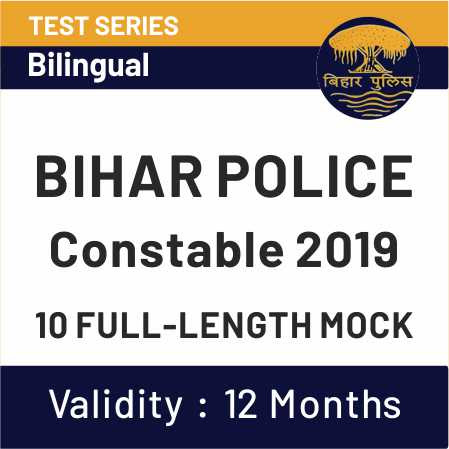