Bihar Amin Written Examination 2020 Postponed: Bihar Combined Entrance Competitive Examination Board has released a short notice declaring the postponement of the Bihar Amin 2019 exam. The exam was earlier scheduled to be held on 15th February 2020 & 16th February 2020 as per the official notification. The new exam date will be announced by the Board soon on its official website at bceceboard.bihar.gov.in

A total of 1767 vacancies were released for the Bihar Amin Post under the Bihar government. Candidates applied online for the Amin recruitment till 20th January 2020. The list of candidates to be shortlisted for the written exam is yet to be announced after which the exam will be conducted. 10 times candidates to the number of vacancies will be shortlisted for the written exam on the basis of their qualifications and experience. Check out the notice given in the below picture.

A total of 1767 vacancies were released for Bihar Amin. Check out the category wise distribution of vacancies below: 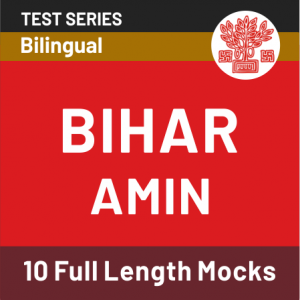