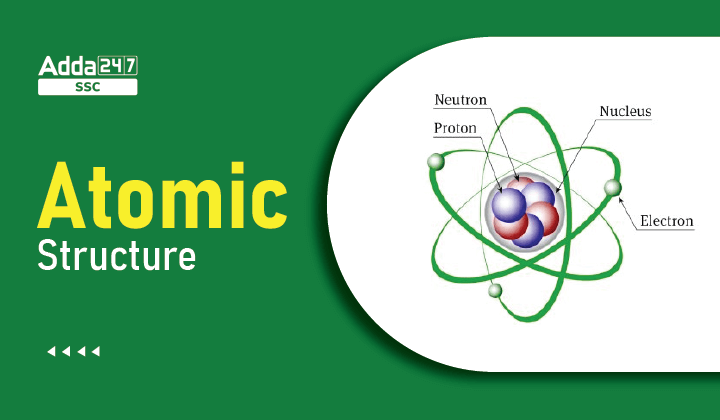 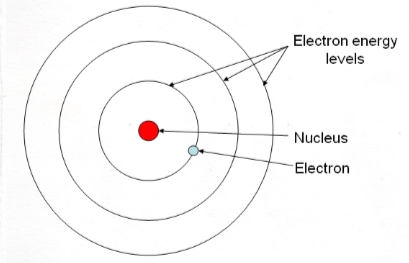 In the 18th and 19th centuries, many scientists and researchers sought to illustrate the structure of the atom with the help of atomic structure models. Each of these models had its own merits and demerits and was key to the development of the modern atomic model. The most significant contributions to this domain were by the scientists such as John Dalton, J.J. Thomson, Ernest Rutherford, and Niels Bohr. Their ideas and observations on the structure of the atom are discussed here in detail.

“All matter is made up of atoms, which are small units of matter.” All entity is made up of smaller units called atoms, as hypothesized by Leucippus and Democritus in the fifth century B.C. They also assert that these were solid elements with no internal structure that came in a variety of shapes and sizes. In addition, they developed immaterial traits such as taste and color.

In 1808, Scientist John Dalton based his work on the Greek concept of atoms. He proposed that substance is made up of atoms, which he defined as tiny, indivisible units. He also asserted that, while all atoms of one element are identical, those of other elements are unique.

In 1904, English scientist J.J. Thomson proposed the plum pudding” idea of the divisible atom. In addition, his model recommended that atoms are made up of a large positively charged sphere studded with negatively charged electrons (termed dubbed “corpuscles”), similar to the fruit in a plum pudding.

Niels Bohr, a Danish physicist, illustrated a planetary model in 1913, in which electrons rotate around the nucleus in the same way that planets orbit around the sun. The electrons have “constant energy” when they are in a shell. This assumption refers to these atoms as “stimulated” electrons when they grab the energy and go into a higher energy orbit. They leave this energy as electromagnetic radiation when they return to their primary orbit.

The electrons inside the atoms are put in discrete orbits called “stationery orbits,” according to the following postulates listed below:

The drawback of Bohr’s Atomic Theory

Bohr accurately measured two conjugate quantities such as the position and momentum of electrons simultaneously (theoretically).

The representation of the atom is done as given here. 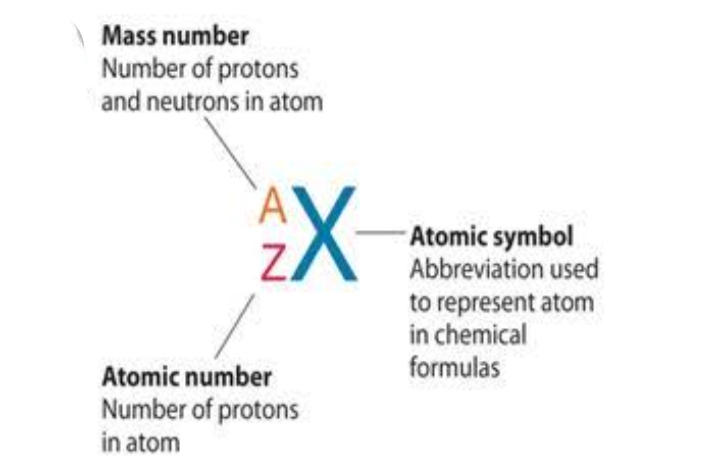 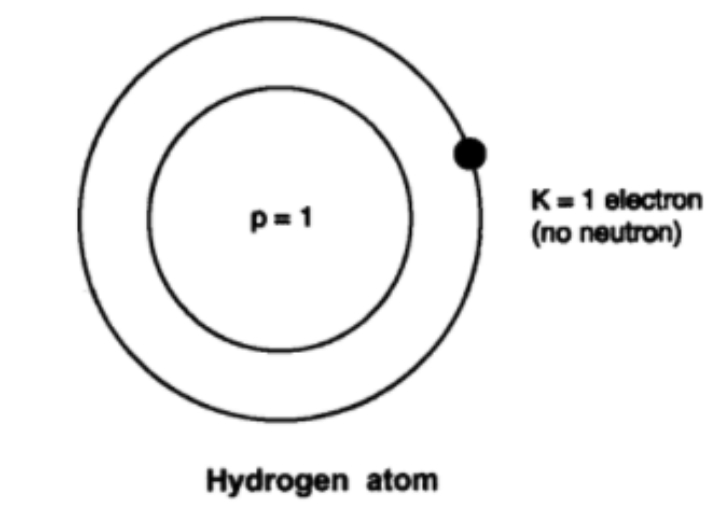 The carbon atom has an atomic number of 6. That means a carbon atom has 6 protons, 6 neutrons, and 6 electrons. Since carbon is in the second row (or second period), it has 2 electron orbits. The atomic structure he f carbon atom is given here. 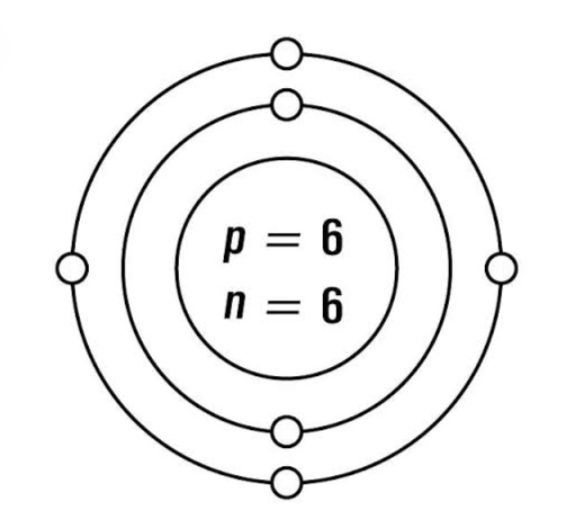 The atomic number of Oxygen is 8. The nucleus of an oxygen atom consists of 8 protons and 8 neutrons. It features eight electrons placed on the electron orbits. 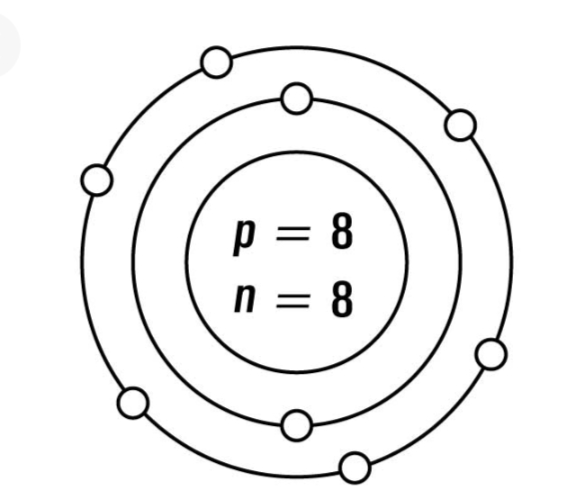 The atomic number of Fluorine is 9. The nucleus consists of 9 protons and 10 neutrons. Nine electrons occupy the available electron shells. Fluorine is a halogen element in group 17, period 2, and belongs to the p-block of the periodic table. The atomic structure of Fluorine atom is given here. 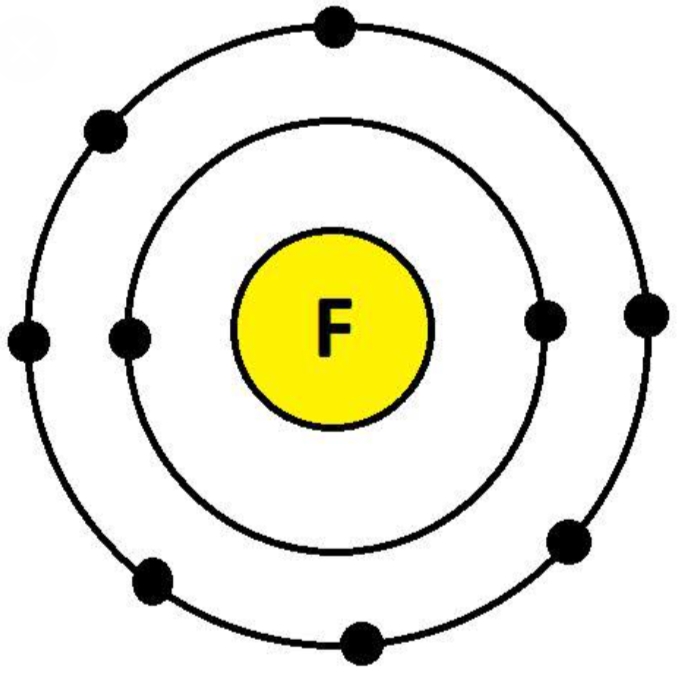 The atomic number of the Aluminum atom is 13. Its’s nucleus consists of 13 protons and 14 neutrons while 13 electrons unite to the nucleus, sequentially acquiring available electron orbits. The atomic structure of an Aluminum atom is given here. 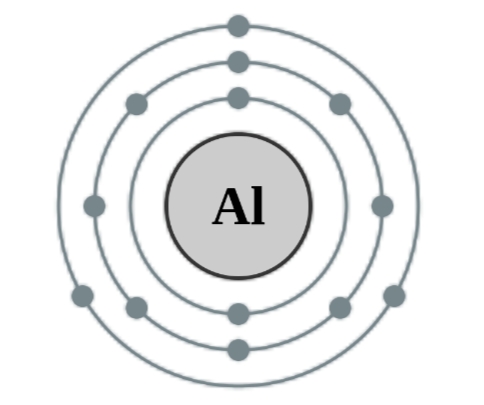