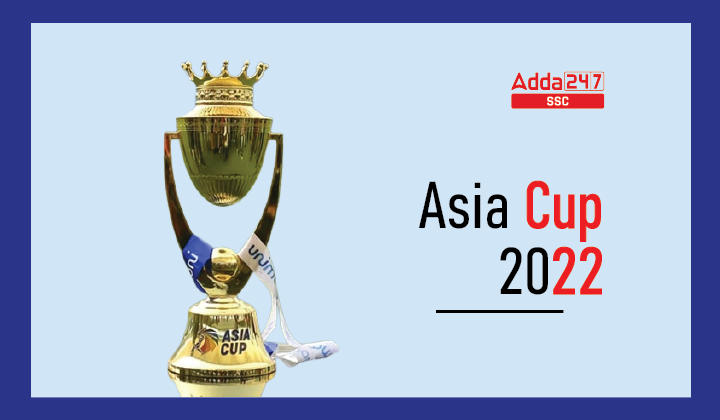 Asia Cup 2022 is the 15th edition of the Asia Cup cricket tournament. In the tournament, matches are being played as T20Is. It is being organized in 2022 in the United Arab Emirates. Originally it was scheduled to be held in September 2020 but was postponed due to the COVID-19 pandemic. It was then rescheduled to take place in Sri Lanka in June 2021, but was postponed once again due to the economic and political crisis in the country and then UAE was made the host.
In the United Arab Emirates, Dubai & Sharjah have been chosen as the venue.
Pakistan will host the 2023 edition.

The table shows that it has now become almost impossible for India to reach in top two and thus possibility of India playing the final is almost negligible.

1st Match, 27 Aug: Afghanistan won by 8 wickets against Srilanka. It was a big win and a moral booster for Afghanistan.
2nd Match, 28 Aug: Old arc rivals met once again and the result was heartening for the Indian fans as India defeated Pakistan by 5 wickets and took revenge for its last defeat in the World Cup.
The match between the sides was much awaited by the fans as India and Pakistan have not played any bilateral series due to political tensions between the two countries since the 2012-13 season. They meet only at multi-nation tournaments like Asia Cup and World Cup.
The match ended in a thrill with Hardik Pandya scoring 33 runs in just 17 balls, crushing the hope of Pakistani fans with a ‘6’ at the end to finish the match in India’s favor.
3rd Match, 30 Aug: Afghanistan defeated Bangladesh by 7 wickets and reached the top spot in its group.
4th Match, 31 Aug: India won the match with a big margin of 40 runs against Hongkong. However, Hongkong entertained its fans with their bats with lots of good shots.
5th Match, 1 Sept: Sri Lanka won by 2 wickets against Bangladesh
6th Match, 2 Sept: In this match, Pakistan confronted Hongkong. The results were shocking!! Hongkong team which showed great resilience against the Indian bowling lineup collapsed against Pakistan at just 38 runs resulting in a big victory for Pakistan by 155 runs!
7th Match, 3 Sept: Sri Lanka won by 4 wickets against Afghanistan avenging their last match defeat.
8th Match, 4 Sept: Emotions among cricket lovers especially for Indian and Pakistani sides, were at the pick as India and Pakistan were to be at the loggerheads once again!
The match was full of ups and downs for both the teams, lastly went in Pakistan’s favor as they chased down a target of 182.
Pakistan was on the back foot for much of the first half of their chase, with India dismissing captain Babar Azam and Fakhar early. However, Mohammad Nawaz and Mohammad Rizwan changed the course of the game with a 73-run partnership in just 41 balls. Asif Ali then almost took Pakistan home after Arshdeep Singh dropped a catch. However, Arshdeep dismissed him with just two balls to spare, and Pakistan still need two runs to win. Pakistan then ran hard and took two runs off the next ball to win the match by five wickets.
For the Indian fans, Virat Kohli’s 60 off 44 balls was something to cheer up.

9th Match, 6 Sept: Sri Lanka has bounced back strongly after it’s defeat against Afghanistan in the beginning. This time it managed to win against the mighty Indian side by 6 wickets. The match was a thriller but remained slightly tilted towards Sri Lanka except for the period when Rohit Sharma smashed 72 runs of just 41 balls accompanied by Surya Kumar Yadav’s 34 runs. Srilanka won the match in the last over with one ball to go.

This win is noteworthy as Sri Lanka had lost 10 of their 14 T20 games before this tournament.

Q. Which edition of Asia Cup is being played this year in UAE?

Ans. This is the 15th edition of Asian Cup.

Q. Which cities have been chosen as the venue of Asia Cup 2022?

Ans. Dubai and Sharjah have been chosen as the venue for Asia Cup 2022.

Q. Which teams have qualified in the super four of Asia Cup 2022?

Ans. Sri Lanka, Pakistan, India and Afghanistan have managed to qualify in the super four of Asia Cup 2022.

Q. Which country has failed to host Asia Cup 2022 due to economic and political uncertainties in the country?

Ans. Sri Lanka has failed to host Asia Cup 2022 due to economic and political uncertainties in the country.

Which edition of Asia Cup is being played this year in UAE?

This is the 15th edition of Asian Cup.

Which cities have been chosen as the venue of Asia Cup 2022?

Dubai and Sharjah have been chosen as the venue for Asia Cup 2022.

Which teams have qualified in the super four of Asia Cup 2022?

Sri Lanka, Pakistan, India and Afghanistan have managed to qualify in the super four of Asia Cup 2022.

Which country has failed to host Asia Cup 2022 due to economic and political uncertainties in the country?

Sri Lanka has failed to host Asia Cup 2022 due to economic and political uncertainties in the country.