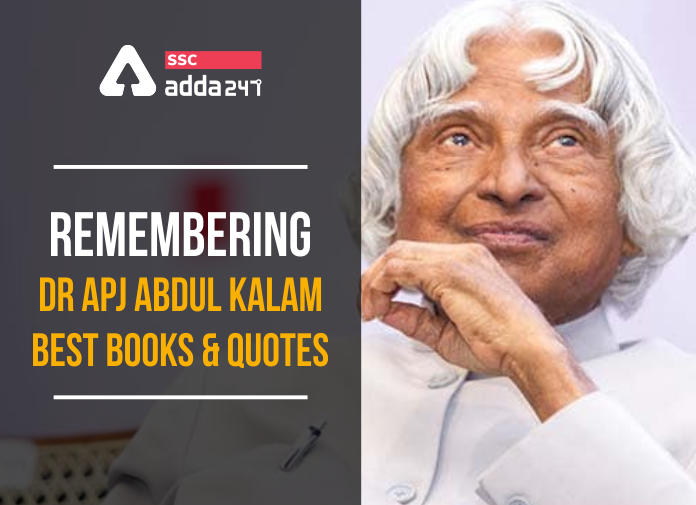 Avul Pakir Jainulabdeen Abdul Kalam usually referred as A.P.J. Abdul Kalam was the 11th President of India for the term 2002 to 2007. He was popularly known as the People’s President and was the chief brain behind India’s attainment of the nuclear status in the global arena. He was known as the ‘Missile Man of India’ for his work on the development of ballistic missiles and space rocket technology. He also played a pivotal and political role in India’s Pokhran-II nuclear tests in 1998. He died at the age of 83 on 27 July 2015 due to cardiac arrest while delivering a lecture at the Indian Institute of Management Shillong.

He was an epitome of simplicity, patriotism & honesty. There are plenty of incidents from his life which can impart the best teachings of life. He was admired by each & every citizen of the country irrespective of their religion, caste, race, creed etc. Not only Indians inside the country but the diaspora outside also have a big corner of their heart reserved for Kalam Sir.
It was during his tenure as a President of India that he was recognized by the common people of India who came to know about this simple yet great son of India. He was the brain behind the advanced missile technology of India. Not even he proved India’s prowess in missile tech but Pokharan-II nuclear test was a success story that was possible only because of scientists like him. He & his team wore camouflaged uniforms to disguise them as army personnel. They worked at night under smoke canisters for their nation. Later, it was known to be as one of the failures of the CIA to detect nuclear testing activity. This shows the dedication level of that man who sacrificed his life truly for this nation. People like him are the real saints who present themselves in the service of the nation without ever demanding for any returns.
We salute Kalam Sir for his great contribution to this nation & we will always be indebted to him for his efforts in making India- a world power. The nation will always remember Dr Kalam.

In his entire career, Kalam wrote several books motivating youth and other people. He had the vision to see India on the top of the world. Here are some of the books by Dr APJ Abdul Kalam.

Dr APJ Abdul Kalam inspired millions across India and the world with his thoughts and quotes. Here are some of the famous saying by him:

“To succeed in your mission, you must have single-minded devotion to your goal.”

“If you fail, never give up because FAIL means “First Attempt In Learning”.

“Failure will never overtake me if my determination to succeed is strong enough.”

“All of us do not have equal talent. But , all of us have an equal opportunity to develop our talents.”