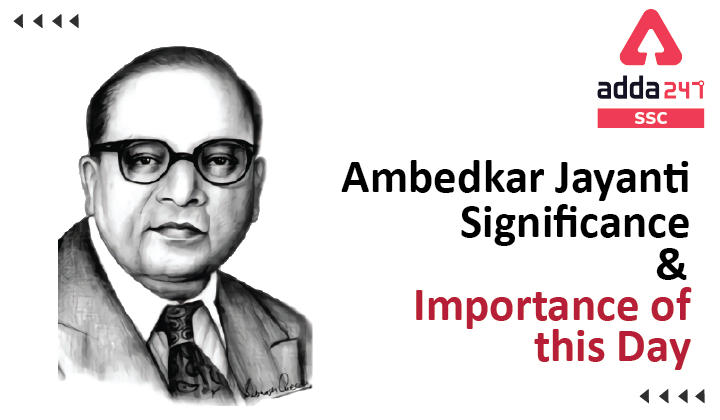 Ambedkar Jayanti or Bhim Jayanti is an annual festival observed on the 14th of April to commemorate the memory of Bhim Rao Ambedkar. DR BR Ambedkar Jayanti processions are administered by his followers at Chaitya Bhoomi in Mumbai and Deeksha Bhoomi in Nagpur. Indian polymath and civil rights activist. It marks Dr. Bhimrao Ramji Ambedkar’s birthday who was born on 14th April 1891.

Ambedkar Jayanti is widely known not just in India but all around the world. BR Ambedkar struggled for equality throughout his life, hence his birthday is widely known as ‘Equality Day’ in India, and therefore the demand to declare today as “International Equality Day” goes to the United Nations.

The day coincides with Dr. Ambedkar’s birthday, he was born in the year 1891 and dedicated his life-fighting caste oppression and discrimination, making the Indian society more conscious about the evils of the class structure, and dealing with making it more inclusive, tenets of which are explained intimately within the Constitution. Dr. Ambedkar has stood firm for the Dalit rights, education and all the equal rights to be given to the poor class of the society.

“I like the religion that teaches liberty, equality, and fraternity”- Dr. B. R. Ambedkar

The Maharashtra Government has unveiled a 72-feet tall statue dedicated to Dr. Babasaheb Ambedkar on his birth anniversary in Latur city in the presence of Union minister Ramdas Athawale. The state government named the statue the ‘Statue of Knowledge’.

We ADDA247 pay humble tribute to the Bharat Ratna Dr. Bimrao Ambedkar on his Birth Anniversary.