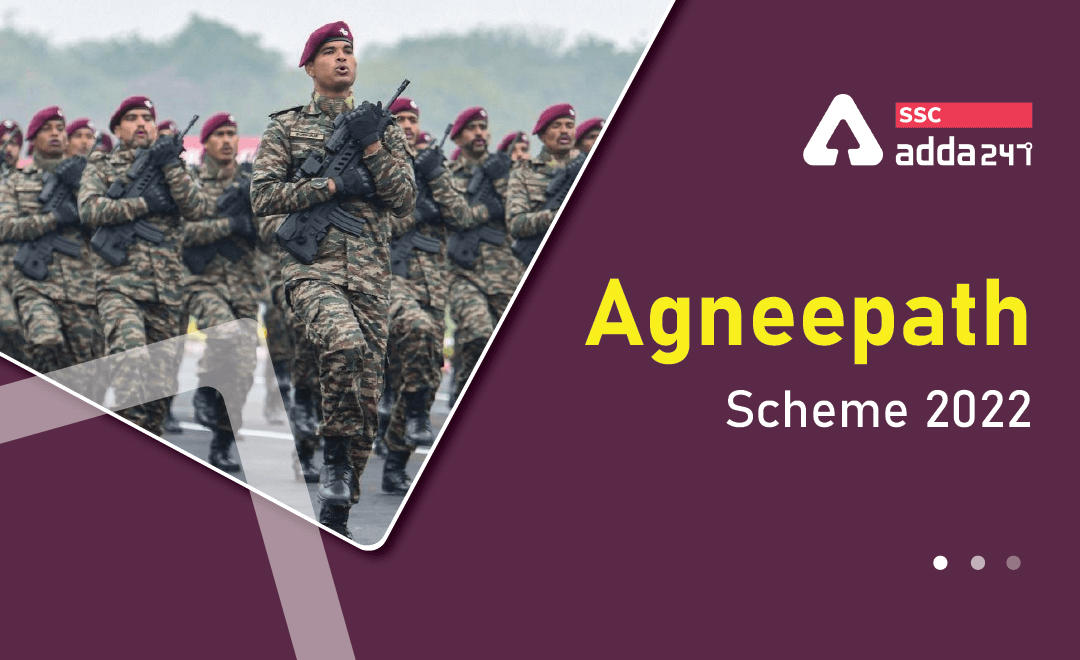 The government of India launched the historical and revolutionary recruitment scheme for Indian youth to serve in the Armed Forces by the name Agneepath. The youth enrolled under the Agneepath scheme will be known as Agniveers. This year 46,000 Agniveers will be recruited through this scheme. Agnipath allows dutiful and motivated youth to serve in the Armed Forces for a period of four years. During these 4 years, Agniveers would be trained by the armed forces in the skills required on the battlefield. Read this article to get more insight into the Agnipath scheme, age limit and educational requirements for “Agniveers”, the recruitment process under Agnipath Scheme, salary, and why this scheme has become a trending topic in the nation ever since its launch.

Agneepath Scheme is a recruitment scheme in the Indian Armed Forces wherein selected candidates will be enrolled as Agniveers for a period of four years. This scheme is a recruitment process for individuals below the rank of officer, to deploy fitter, younger troops on the front lines, eventually enhancing the youthful profile of the Armed Forces. The below table will make it easy to understand the Agnipath Scheme in brief.

The duration of the Agneepath Recruitment Scheme will be four years as it is contractual recruitment, even after four years, Agniveers will be able to apply voluntarily for the regular cadre. Based on merit and performance, up to 25 percent will be selected from that batch to serve for a full term of another 15 years. The other 75% of Agniveers will be demobilized, with an exit or “Seva Nidhi” package of Rs 11-12 lakh. On completing four years, Engineers will go to society as a disciplined, dynamic, motivated, and skilled workforce for employment in other sectors to pursue their career in the job of their choice.

The Male and Female candidates between the age group of 17.5 and 23 will be recruited for Indian Army Agneepath Recruitment 2022.

Massive protests are being erupted by the youngsters in parts of Bihar, UP, Uttarakhand, and Haryana who are demanding an immediate rollback of the scheme. Protests against the Centre’s Agnipath recruitment scheme continued in several parts of the country with youths taking to the streets to express their dissatisfaction with the Centre’s newly introduced Agnipath scheme. Blocked roads, smoke billows from vehicles, and burnt trains all painted a picture of chaos and disorder across the country.

The protests started in Bihar, and have now spread to Uttar Pradesh, Haryana, and other states. Defence aspirants are unhappy with the changes introduced under the Agneepath recruitment scheme. Students are raising their concerns over the term, no pension provisions for those who exit early, and the age restriction that makes many of them ineligible.

Q. What is Agneepath Yojana 2022?
Ans. Agneepath scheme is a recruitment process for individuals below the rank of officer, to deploy fitter, younger troops on the front lines, eventually enhancing the youthful profile of the Armed Forces.

Q. How many vacancies are released through the Agnipath Scheme 2022?
Ans. A total of 46000 vacancies have been released under the Agneepath Yojana 2022.