“You have never lived until you have almost died and for those who choose to fight, life has a special flavour, the protected will never know!!!” The words of Captain R Subramanium Kirti Chakra(Posth) shakes the very core of each and every individual who dreams of serving the nation, rising above self desires to stand among the finest the land has ever produced.The stars on shoulders continues to be a cherished dream for many who are in process of making themselves ready to clear the various stages of the recruitment structure before being finally taken in for the course.
The way to join the Indian Defence Services is either by appearing in the Entrance Examinations such as NDA, CDS, AFCAT and then appear for the SSB interview or by applying for the various courses such as TGC,TEC,UES, NCC Special Entry and receive a call for the SSB interview. Either way one has to qualify SSB before being finally selected to serve in the Indian Defence Services.
The written examination paves way for the selected to appear in the SSB interviews, considered to be one of the toughest interview procedure in the country. An aspirant is tested for OLQs(Officer Like Qualities) by one or more psychologists, Interviewing officers and Group Task Officers. In a 5 day course an individual undergoes psychological tests and GTO tests proving his ability for being recruited for the most prestigious job in the nation.
PPDT – Picture Perception & Description Test:
The first psychological test taken on the very day of arrival at SSB center is the PPDT – Picture Perception & Description Test. As the name suggests,in this a picture is displayed on screen for a minute on which the aspirants are required to write about what they perceive. Later, a discussion is conducted where in every member of the group is asked to describe his story based on the picture followed by a group activity to present the final story before the panel. The panel constituting of psychologists and interviewing officers evaluate the candidates on the required OLQs such as Group Influencing Ability, Effective Intelligence, Power of Expression, Initiative and others. Each and every activity and test conducted by SSB is evaluated on grounds of the OLQs spanning planning & organization, Social Adjustment, Social Effectiveness and Courage.
The question that next follows is how to inculcate and develop these Officer Like Qualities in our personality.
Taking an example from the PPDT exercise , one can see that during the course of discussion taking initiative for starting the discussion, putting forward the final decision of the group is an important aspect. At the same time effective intelligence is required if need arises in situation of an argument or dispute during the course of discussion. Now to develop these two aspects you need to first believe that its nothing unfamiliar,instead you already have it. The second step would be to start taking initiatives in events occurring in daily life whenever a chance is there. Effective intelligence is you being in control of any situation. Be conscious of your surroundings and decisions for an unaware person can never gain control of any situation. In short, daily life throws us many challenges which can effectively give you real time practice to develop OLQs. You must remember all of them and start thinking in a way that is expected of an officer in terms of organizing ability, liveliness, courage, determination, cooperation and last but not the least a sense of responsibility.
A strong will is a must to see yourself in the mould of a Defence Officer and that’s the only thing that is going to get you to the dream of wearing that uniform with stars on the shoulder.
Lastly
“Be magnanimous, be loyal, be courageous and be a gentleman, you will then be an officer in the true sense” 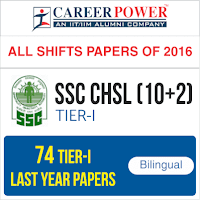