Skip to content
Latest SSC jobs   »   Physics Quiz on “Electricity” Based on... 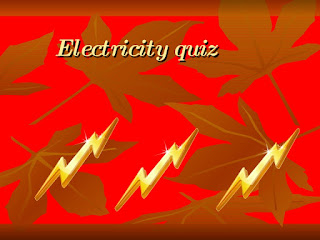 1. When a steady current flows through a conductor, the electrons in it move with certain average speed as—
(a) Accelerated speed
(b) root mean square speed
(c) drift speed
(d) average velocity

4. Why is tungsten used exclusively for the filament of an incandescent lamp?
(a) Tungsten can be drawn into thin wires which in turn offer high resistance
(b) Tungsten has a fairly good resistivity
(c) The melting point of tungsten is very high
(d) All of these

5. Which of the following material is used for electric wire heater?
(a) Silver
(b) lead
(c) Nichrome
(d) Copper

8. What will happen to current passing though a resistor if the potential difference across its ends is doubled and the resistance is halved?
(a) Becomes four times
(b) Becomes halved
(c) Remain unchanged
(d) Becomes one fourth